I hate packing! It's just too many decisions to make! I sat down and did a good lot of packing and sorting last week... but today is my last day with "nothing" do so I have to sort my case once and for all. I'm ashamed to say that I will be taking two cases... :( I really wanted to only take one, as I vlogged recently, it's a lot easier just taking one case and of course, your allowance is really only one 23kg case as well. However... I have gifts, a halloween costume and my whole life to pack into that 23kg and it's just not happening! SO, I'm taking a bag on wheels as well as a proper case... I am still trying to be really good and not take anything unnecessary though. I am thinking I will probably end up sending this bag back with my mum in February full of the stuff I'll not want by the 4th month of my program. That's the plan anyway! Ultimately, I realised that if I'm over 23kg when it gets weighed at the airport then I'll have to pay excess baggage which is £30. But I could plan ahead and pay £32 to get another whole 23kg to myself... so the latter was chosen!

I'm feeling quite nervous now... the "cold feet" feeling has set in! I've said goodbye to my grandparents, friends and neighbours... my last shift at the Disney Store is tomorrow and then we drive up to Gatwick in the evening. My flight is in 47 hours time - 1pm on Saturday. The other exciting thing is that (probably) the last Hurricane of the 2011 season is active in the south of the Gulf of Mexico.. it's called Hurricane Rina. Having said that, it looks to be severely weakening now and will probably be nothing more than a tropical depression by Saturday. At one point it was heading straight towards Florida and was forecast to be a Category 3 which would have been quite major! But looks like it's gonna just have to be hot and sunny for me instead ;)

Right... better get back to this packing and get it done! See you in Florida!! 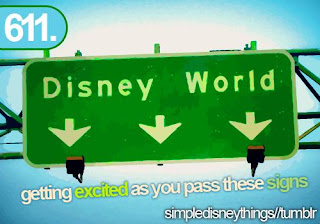