Well, it's been over two weeks since I posted so time for another update! Haha! I just can't resist it. So, I got my CRB form through and completed that - paid the £60 to prove I'm not a criminal... again. I think it's the third CRB I've done this year! Nevertheless, it has to be done so there we go.

We also had a very strange experience about a week ago in the form of a Skype conference call with Yummy Jobs! Kristen added us all to Skype and then we had a 7-way audio call which was both very cool and very weird at the same time, especially as she kept referring to me during the call as I was the only one who'd done a program before and also because I was the first out of everyone in the call to be going to Florida. It was a great chance for Kristen to tell us key information and for us to ask any questions we may have. In other news - I've found two other girls starting on the same date as me from the UK and another from Canada so that will be nice! I don't think the other UK'ers are flying on the same day as me though but I'm sure we'll meet up before we check in at Vista on the 1st Nov! :)

I haven't had my Disney Pack yet - I'm expecting it to arrive in the next couple of weeks I'd imagine - very exciting! Despite knowing what's going to be inside it, it's still super exciting for me because it makes it that little bit more real! I am getting a quote from STA Travel for my flight and insurance tomorrow (they left me a voicemail today but I was at work) and probably booking that in the next few days... that's the most expensive chunk so I think it's best to get it over and done with! I'm hoping to fly on the 29th October which is the Saturday, my program start date is on the Tuesday. I'll be meeting up with Nick and doing the Walmart trip and sorting out my phone - all sorts of exciting things like that.... in reality, we may just stuff our faces with food for the whole weekend - missing American junk right now!!

I've been doing more Vlogs - I've covered the phone interview, the face to face interview and the roles of merchandise and attractions so far. If anyone has anything they'd like to ask then leave me a comment and I'll try to answer it next time! I'm hoping to do more about the living circumstances, pin trading, visas, packing and fun stuff like that! :)

Also, a little shoutout to Gabriela as she said she's been reading my blog - HI! She was a fellow Cast Member at the Emporium on my 2008 ICP :) Also, CONGRATULATIONS to all the other CRPs who got dates in the last few dates who were at the June interview dates!!

Lastly, I'm in love with the website http://simpledisneythings.tumblr.com and I'm going to post some of my favourite Disney things on these pre-CRP posts... :) Here we go: 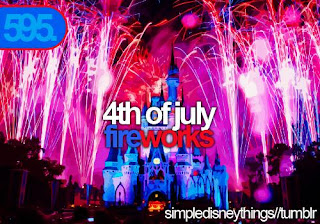