'Twas the week before Christmas...

Well the 6 day weeks have continued and thus left me with even less time to update my blog than usual... but I know that before I know it I will be finished and have endless free time so I shouldn't moan! I can barely remember what I did yesterday, let alone last week but I've worked lots of hours and earnt lots of money... it's been a blur of work, sleep, work, sleep really. On the 7th I worked another AM shift of Candlelight... it is very strange only being sat until about 2.30pm! It means that unless you're covering a Mid for a break then you clock out at about 4pm and really only work for 4 hours. Brilliant! Obviously you earn less money but then you hardly work soooo... fair deal really. I don't even remember what I did after my shift to be honest that day. Then I worked a Mid on Saturday (standard), PMs on Sunday and Monday and then a vile 1045 Mid on Tuesday which was also my Friday woooo!

My days off are the interesting ones so on Wednesday I was off and was initially going to go to the post office. However, this would have taken up like 3 precious hours so I decided against it, and instead got the bus to EPCOT in order to get some Christmas presents from the shops in the world showcase. When  I was almost at Cast Services, I saw on FB that Andrew had got an ER from his shift and was going to ride the new and improved (?) Test Track which I really wanted to do so I met him there and we only lined up for about 30 minutes... you go in, in groups of about 20 to design a car on a screen which is quite cool. It holds the data on a card which you then swipe when you get in the car so its as if you're test driving your new designed car... but the theming on the ride isn't really very good. Very tron-like and "cool" but not as interesting as the last version. It's still a fun ride though. Afterwards, I said I wanted to try and watch Candlelight so we headed to the R&C to see if they had any spare tickets (perk of working there haha) and as it turned out, it was a quiet day so we got some tickets for the 5pm show! We were actually hungry so we ate lunch there as well - I had a frisee & apple salad (NOM) and a side of chips along with a Welsh Dragon to wash it down and a Queens Cake with ice cream. Realllllly good lunch actually. And we got to use my 50% off coupon... yay, holiday coupons.

After lunch we wondered around the World Showcase where I finally tried a drink from Morocco (it was an almond flavoured cocktail.. pretty gross) and then we went in the Japan shop. Whilst we were in there it decided to POUR down. We've hardly had rain for like 2 months but the last few days were rather wet and we got a bit soaked... we lined up for Candelight at 4.15pm and managed to get 5 rows from the front under the shelter so we could dry off a bit!

The show started at 5pm and was narrated that day by Jodi Benson AKA the voice of Ariel, the little mermaid. It was AMAZING. It was very classic Christmas... readings from the Bible and carols to the max. I really, really enjoyed it. The choir is made up of cast members and a local high school (they alternate the school every day) and it was just so beautiful. I mainly loved the singing and the carols. Afterwards, we walked through the rest of the pavilions and got the monorail to the Magic Kingdom. From there, we got a boat to Fort Wilderness resort to go to the Hoop-de-doo Revue.

Now, I went in September with Hayley and co. and it was enjoyable but not a blow-away thing... and it was the same this time. There was 20 of us from the UK which I thought would make it a great night but the service was so-so... the food was so-so (I managed to get kids mac&cheese this time which was an improvement as I don't do ribs and chicken on the bone) and the wine is just so cheap it tastes nasty even if it is unlimited. It was just okay. Afterwards I was pretty knackered so we got the taxi back to the Commons and I went to bed.

Thursday, I got up and had to do the awful trek to Partners at Disney University. This was because I didn't realise that there was a government rule in this country that you can only pull money from your savings into your checking account 3 times per month and I'd gone over the limit so all my money was stuck in my savings account! So I got the A bus up to DU and went to sort it out. The lady was very helpful and put all my money into my checkings account... well, then I walked over to Cast Connection for a final time and got a couple of things. I was very restrained though! Then I had a couple of hours to spare so I got the bus to MK... it was very nostalgic walking through the tunnels for the last time as well. The smell of it and seeing the  characters wondering around reminded me of 2008 and how far I've come since then. I walked to the Casey's Corner exit and came out just as the Trolley Show was starting!!

Talk about timing! This is literally one of my favourite things at MK. So I watched that and then headed to Casey's for a hot dog lunch. Nom. Then I watched the Move It, Shake It, Celebrate It Parade which I love as well before the Dream Along With Mickey show which I also adore. The only thing that would have made this morning better would have been to have my Canadian bestie Tyler with me... :( Still, only 2 weeks until I see him!! So, after this and a quick trip to see the new Fantasyland in daylight (which I hadn't done) I decided it was time to go to work... I got the bus to the Beach Club and made it with 10 minutes to spare ;) Bit close for comfort! Then I was in 514 so I was KD so all in all it was a long day but a good one!

Friday I was just an AM so I did the shift which was pretty boring. Then I met Nick and we went to the post office so I could post some stuff home and Christmas cards etc. Then we got ice cream and went to Publix before going to his house. He wasn't feeling too good and ended up crashing out at 8pm so I went downstairs to watch TLC when all his roomates and their friends came home and I ended up staying up with them drinking homemade cocktails and watching Lampoon Christmas Vacation which was actually an awesome night in the end. Then I went to bed. The next day, Nick dropped me at work and I did a Mid (it was Saturday remember!) which was very profitable and a really good shift actually. I had lots of nice guests.

Sunday I was totally exhausted after the Mid because I didn't leave work til midnight. And on Sunday I was a 1045... ugh!! I wanted an ER but sadly there were none to have... the tiredness stuck with me all shift getting worse and worse. I got home at 5pm and ended up with nothing to do except feel meh so I ordered a Pizza Hut for the first time in months and watched TLC whilst doing my laundry. I also made some cakes and cookies. I got an early night but took some Nyquil as I'd started to feel like I had a cold :(

Today, I woke up feeling like crap... partly due to the cold and partly due to the non-alcohol hangover that NyQuil gives you. I washed my hair and finished my cookies for pre-meal - I started feeling a bit better so I headed to work. However, once I actually started my shift the cold took over and I started feeling awful again... I think the going in and out of AC as well as all the talking made my nose run and that's not a pleasant thing to see when you're eating. So I asked for an ROS (Release of Shift) and got people to pick up my section. It wasn't something I wanted to do particularly but I realised that not working and instead getting some more rest would mean I'd probably feel better tomorrow. I came home and have spent the evening tidying, watching TV and actually started the P word.... PACKING.

Worryingly, I've packed a whole 55lb suitcase full of stuff already and my room barely looks any different! I've packed most of my 'memory' stuff, presents and 'summer clothes'. So... I have Thursday off this week, a Segway tour on Wednesday and then it's Christmas next week! CRAZY!! 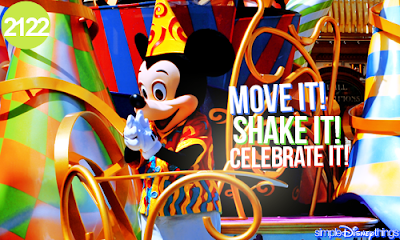