So the horrible cold I had lasted about a week and was awful. Probably felt the most ill I've been since I have been here and typically it happens with 2 weeks to go! Anyway, so I got an early night when I got the ROS and then the next day I dragged myself in for the PM shift where I was on 303. I hoped to be able to get cut early but it was too busy so I ended up there until like 11pm. I didn't want to ER because I needed to earn money and there wasn't enough servers anyway. So I felt pretty rough for the whole night and I kept having coughing fits.

I did have a funny guest though.... actually funny is the wrong word... probably one of the rudest guests I've ever had. I had a 2-top table eating and then got sat a 4-top which was two adults and two kids. I went over and greeted them with my normal hello and welcome but they were too busy fussing over the kids menu to really register me. So I jumped straight to that and this was the conversation that followed:

Me: "So, I see you're looking at our kids menu, it's kinda complicated but basically it's pick and choose from the top part and the part in the grey box are set menus because they're healthy balanced..."

Guest: "WHAT is this SHIT? Kids don't eat this shit! Where's the burgers and stuff?"

Me: "Ummm... our menu hasn't had burgers and pizza on the menu for quite a long time"

Guest: "Well why not? What is this... chicken? Rice? What's this here sirrr-llloooinn?" (sirloin)

Me: "That's a 3oz steak for children Sir, it's kinda like a burger"

Guest: "Well why doesn't the parents get to choose what the kids eat? Y'all don't have root beer either or soda do you?"

Me: "Actually we have coke, diet coke, sprite, fanta, lemonade or iced tea. You choose." (losing my temper at this point)

Guest: "They'll have orange soda. And I guess this kid will have chicken with fries. I suppose you can't substitute the green beans for fries under your rules?"

Me: "That's fine sir. Chicken with fries and extra fries. For the other child?"

Guest: "That piece of meat thing. With fries."

At this point, I just decided to give up and get the kids food whilst the parents discussed what Cottage Pie and Fish and Chips was. It's been a long time since I had a guest so rude and short with me... I think he realised how rude he'd been because he started being nicer then. He also kept yelling at his kids for being "brats" and because one of them was trying to push the cutlery and side plates onto the floor. They were just a nightmare but I thought it was pretty amusing. Especially when the woman started piling the aforementioned extra fries into a ziplock bag to take with them "as snacks for later". Ummmm... yeah cold chips. Yum.

Anyway, the rest of the shift was more boring and I just felt kind of rubbish. I went home and crashed out straight away. On Wednesday I had to be up at 6.15am for our SEGWAY TOUR! This was something on my bucket list since I started this program so despite my sickness I was excited. There was 6 of us so we got a taxi to EPCOT and finally got to guest relations at 7.30am just before the start of the tour. It was great! We watched a short presentation and introduction to the Segway before having about an hour of practice. We rode our Segways outside for the first time across Future World from Innoventions to The Land building with the park empty which was super cool and the weather was perfect. We got breakfast at Sunshine Seasons (included!) and then all refuelled, we headed out into the park and around the World Showcase. We got about an hour of riding around - the tour guide told us all sorts of interesting facts about each pavilion and about the design of the World Showcase. It was extra cool because we worked there too actually. We got a group photo in Japan and then we asked for some shots in the UK (obviously!)... by the time we got round to the UK and Canada, the park was well and truly open so we had to navigate guests which was fun. The tour ended at about 11am and so we had to speed walk back to costuming to get costume and then back to the UK for our shifts..

I was supposed to start at midday for an AM but Claire was a PM and had nothing to do until then so she said she'd take my AM and be a Mid instead, especially seen as I didn't feel too good still. So we cleared it with a manager and then I was free :-D This was my "extra" shift that I was scheduled anyway that week so I didn't go under hours which was good. I headed out into the park and went to do Figment and Captain EO as these were the two attractions I had left to do before I'd done everything in EPCOT on my CRP! Both attractions were just as meh as I'd remembered them being... rather outdated! Then my cold headache/congestion came back so I decided to make a move home and got back at about 2pm. I met up with Nick later in the afternoon and we went to Cheesecake Factory for dinner (always good) before getting Pitch Perfect on DVD and watching that which was good.

On Thursday it was my last day off of my program!!! :O (Well, last day off spent in Orlando...) So I had a much needed lie in and then in the afternoon I'd finally managed to make reservations at Mama Melrose in DHS. We headed over there and I shared the antipasti for two (which was really yummy but because the server or food runner didn't explain it, I still don't know what we ate) and then I had a chicken flatbread pizza which was really yummy. I wanted dessert so bad but I was too full! We couldn't use cast discounts because it was blocked out so it was costing me a fortune as it was. Afterwards, Nick and I went to the Fantasia Mini Golf by the Swan & Dolphin to play a cheeky round! It was a lot of fun even though I lost my ball :( Then we swung by DTD so I could get a gift card for AMC for my secret santa and then Nick dropped me off at home. It was a good day!

On Friday it was back to work with a bang - two mids in a row! It was a crazy shift, kinda busy and my sections were reasonable - I was in 307 for the AM and then 510 for the PM. At the end of the night it was really cold outside! I didn't get home until 12.40AM!! Crazyness. So, went to sleep for like 7 hours and then back up and back for the second Mid. It wasn't as busy as I thought it would be for the Saturday before Christmas but it was busy enough for it to be pretty exhausting! I was in 707 for the AM and then 303 for the PM. Most of the evening was taken up dealing with a 13-top on Candlelight with two allergies... it took 40 minutes between them sitting down and their appetizers being put into the computer! After work, a few of us were too late to go to Cowboys so we went to TGIs instead and I had two yummy cocktails plus Breaded Mozzerella and Parmesan Chicken. Yum. Then I finally got home at 2am and went to bed!

Only to get up 6 hours later (a lack of sleep is a theme in this post) in order to be able to pack my stuff together for Christmas and get ready for my 11.30AM. But I had a plan.... and the plan worked! Got to work super early, camped out by the computer, put in the first ER and boom! I was out by 11.45am. YEAH. Got home at 12.30pm, washed dried and straightened my hair, painted my nails and tidied my apartment. Nick picked me up at 4pm and we set off for Atlanta in the car via food at O'Charleys... the journey was long, dark and kinda boring! 8 hours later we arrived and surprised his Mom who wasn't expecting me until the evening of Christmas Eve :-D

We were both exhausted so headed to bed by about 2am... again to get up at 8am in order to make a doctors appointment that Nick had (and he deemed I needed to accompany him in the car to). I sat in the car whilst he was there and FaceTimed my family and then afterwards we went to Target and Publix to get a few things and last minute Christmas presents. Atlanta is freaking cold and very grey - just like the UK in fact. It made me feel at home! Haha! When we got back, I went back to Publix with Alex and Mom to do the grocery shopping for Christmas which was joyful and then when we got back, we just chilled out in front of the TV before finally going to bed at 10pm for more than 6 hours sleep!!

....And then it was Christmas! It's been a build up since November 5th when Disney put up their decorations and it's finally here. So MERRY CHRISTMAS EVERYONE!! We got up this morning and I skyped with my family who were about to eat lunch. Then I watched everyone open their presents - and even got a couple myself which was lovely of Nick's family :-D I got a new charm for my Pandora bracelet, a small royal coach. I love it because it's like Cinderellas and it has a little pearl on the top. Since then, Nick and I made cookies which were a great success and now we're just waiting for the Christmas dinner to finish cooking and I've just been introduced to crackers with cream cheese and red pepper jelly... uh oh...! NOM. 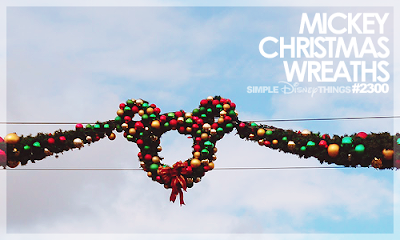