Happy 4th Birthday To Me!

...Disney Birthday that is! Yup, on June 22nd, I celebrated 4 years working for the Walt Disney Company (as on and off as it's been!) but seen as I've maintained the same PERNR number (personnel number) for the whole time I think it counts. Actually, this week is always a week I think of Disney because both my summer programs started in this week (June 22nd 2008 and then June 20th 2010) and it always shocks me how fast time has gone. I think back to my first program and it was so different to this one, I was a lot younger and immature. I'd only just finished my first year at University and I feel like I've grown up a lot since then - hell, since November last year I feel I've grown up too!! Haha!

Anyways, as always it's been a while since my last post so here we go with another long post inevitably...

Last Thursday I went to Universal with one of my friends from my first program, Gaby, who now works in Animal Kingdom Guest Relations. Her friend Iris came with us (who is a Brazilian SUPERGREETER! For yes, it is the time of tour groups now...!) and Sophie came as well. I picked them up bright and early and we went to iHop for some breakfast. Then we drove over to Universal and it was pretty busy so we headed to the Studios first. We did the Simpsons Ride first then went over to the Fear Factor Live Show which was entertaining but gross! Much like the TV program, they had to eat bugs and stuff.... ewww! Then we went on the Mummy which had about a 15 minute queue. Once we were done with this, we met Sam Scott who had headed over on the bus to meet us. We grabbed milkshakes whilst she ate lunch and then we were going to do Dispicable Me which is their new ride but the line was too long so we gave it a miss. Instead we went over to IoA and hit up Harry Potter World. We went single rider on Forbidden Journey which meant not only did we wait about 10 minutes instead of 60 but we ended up riding as a group of 4 anyway!! Win. Then we went to Jurassic Park where somehow we ended up being directed down the Fast Pass line and skipped that queue too... obviously I regretted going on this ride as I ALWAYS do because you get pretty wet. Humph. The park was really quite busy so we went to the big gift shop and then left the park. Walked along City Walk and eventually got back to the car. I drove Gaby, Iris and Sam back to the Commons and then Sophie and I met Tyler for some dinner at Olive Garden which was yummy.


On Friday it was back to work - I was a 1045 AM so I had to get up early to drive the car back to the rental place. I walked back to Commons and got ready for work. It was weird being an AM on a Friday - I'm usually a Mid or a PM. I was in section 508 which is usually a crazy busy one but being an AM and the fact that the park was dead as a dodo meant it was really easy. I finished work and went home and I can't really remember what I did in the evening.


On Saturday I was a 1045 again. I was in Section 510 and the weather had really turned miserable. We've been attacked by Tropical Storm Debby in the last week or so and it basically cleared out the park because there were no locals there. That's my theory anyway. So it poured with rain for most of the day and it was probably the quietest I've ever seen the restaurant. I didn't make that much money but hey, it was better than nothing. Nick was supposed to finish at about the same time but he got extended so once he was done with work, we went to Chevys for dinner which I really like but he's not such a fan of!


On Sunday I was a PM (again, weird because I'm usually an AM) so I had a bit of a lie-in and then headed to work in the rain. I looked sexy in my Disney Rain Gear (NOT!) and my crocs because I didn't want my work shoes to be squelching wet all day! I figured they could forgive me breaking Disney Look as I crossed stage for that reason - my shoes did have Mickey on them! Lucky for me, I was an inside section and Janet was assigning so I had a decent shift given how quiet the park still was. I was in 311 which is a 3-table section but I still managed to make about $140 which was good. I had some nice guests including a table of Cast Members who knew people I knew - obviously. The song isn't called It's A Small World for nothing! I waited FOREVER in the rain for the bus home and then it was a mighty torrential downpour as I got off the bus so I was soaked by the time I got home - well, apart from where the rain gear was... good times. I was very glad to go to bed!


Monday I was actually off. I swapped my days off with someone that needed Wednesday off as their parents were flying in so I had separate days off. I had kinda forgotten that I was off so it was a bit odd.... I slept in and then went to Walgreens to buy a few bits for Hayley's birthday present which I have to send soon. I got back and wrapped it all up in the box ready for posting. I did some baking - I made scones :D Basically, I spent most of the day in my apartment with awful rain outside! It was quite nice really. In the late afternoon I headed out with Craig (different one to the one that left last week!) and we went to Downtown Disney and met up with Sophie, Sophie, Robyn and Melissa to go and see Brave which is the latest Disney/Pixar film. The nearest showing was sold out so we bought tickets for the later one and then went to Wolfgang Puck's Cafe for some food. I had a yummy 4 cheese and pesto pizza which even though it took forever to arrive, was really good. Then we went to the cinema and saw the movie which was good - not as good as Tangled in my opinion but had more of a moral and obviously a ginger princess which went down well with me. It was also VERY funny. We waited 45 minutes for a bus home which was *fun* (seriously, these buses are getting worse and worse at the moment) and by then I was very tired and ready for sleep!! It was a good day off though!

Tuesday, I met Nick for some lunch at this French cafe near Dr Phillips... I had a Croque Madame which is my favourite French meal! It was really good but then we had a couple of hours before I started work so we went back to his apartment to bum around as the weather was still sucking ass. However, once I got back there I started to not feel very well - I don't know what it was. I eventually ended up calling in to work at about 2.30pm and spent the rest of the day feeling pretty crap. I just felt really sick and horrible - I don't know if it was the food in the morning or what. We watched a movie and then Nick made some quiche but I'm glad I called in because I definitely wouldn't have felt good enough to be a server or to be surrounded by food.

Luckily on Wednesday I felt a LOT better and headed to work for my PM shift. The weather was finally starting to improve and I was in section 508 again! This time Janet was assigning so from 7pm onwards I was slammed with guests. I had loads of really fussy guests as well which just made it more difficult... I'll admit I spent a good 90 minutes feeling completely weeded. I seemed to get good tips though so I obviously wasn't doing that bad a job. My phone signal went off as well because I hadn't paid for the next month on T-Mobile (seen as they screwed me over with the iPhone/EDGE/data situation) and I'm waiting for my AT&T sim card which hopefully has arrived today. Therefore, I went out of Cast Services at 11pm hoping that Nick was there as planned and he pulled up just as I walked out which was perfect. We went to Starbucks and then headed home. I watched some Inbetweeners and Gavin & Stacey clips on his iPad which entertained me and then I slept because 508 had exhausted me somewhat!

Thursday, Nick and I were doing our postponed trip to Busch Gardens from the week before. We'd intended to set out in the morning but he overslept and by the time we'd got up, gone to Cracker Barrel for breakfast/lunch and driven the hour to Tampa it was about 3pm! We went and did an awesome twisty rollercoaster that I forget the name of, then we lined up for 55 minutes for Cheetah Hunt and we were sat on the ride about to go when it went 101! So it broke, basically. With us on it. So we sat there for about 20 minutes restrained before they got a back-up power pack and undid our restraints and gave us re-entry passes for the ride. We got off and took the Skyride (scary retro thing that got banned from Disney years back) to Kraken which was AMAZING. I loved that ride... it was like Oblivion but much better. Then we got the Skyride back to Cheetah Hunt and jumped the entire line with our passes to finally ride it - definitely worth the wait. By this point it was about 6pm and we had made reservations at Sanaa for dinner at 9pm so we decided to head home having done the big rides. Nick dropped me off at the Commons where I showered and got changed before he picked me back up at about 8.30pm and we went to Animal Kingdom Lodge. I REALLY want to stay there - it looks amazing. I ran into a big group of people from work who were sitting behind us in Sanaa... amusing. I had the amazing bread service (the server was great, he brought us extra dips to try!) and then the green shrimp curry and spicy chicken curry. The server then surprised us with a comp dessert as well. He also constantly filled our water glasses and was just fantastic all round so we overtipped him $15 on top of his $14 gratuity :) It was a good feeling.

Back to work today for the last leg of shifts before my parents arrive!!! They get here a week tomorrow!!!! So excited. I am a MID today (It's Friday so standard...) and the weather is back to impeccable. Yesterday was so boiling hot without a cloud in the sky so I'm sure today will be the same! 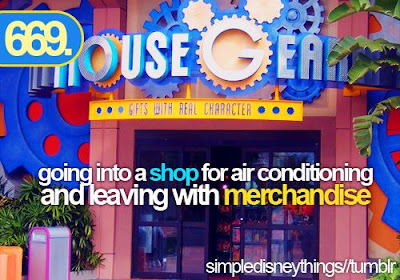