The Mid on Friday was okay... I was kept busy. I was put in 701 in the morning which is an AWFUL section at any time of day, let alone from 12 midday until 4pm in the blazing Florida sun (the heat index was at about 100F) in that costume... two out of my four tables were physically so hot that I couldn't set a tray down on them because it would be too hot to pick back up minutes later. So, obviously, no guests could sit there... this meant I only had 4 tables for my AM before I made them cut me for my break - I got about 40 minutes before dinner started and for dinner I was in 307. This was a relief - to be in the air conditioning - and it was reasonably busy so I made up for my pitiful AM. Amazingly, my guests all finished and were paid by 9pm so I cleaned my section, banked out, then did my sidework (iced tea & coffee), clocked out at 10pm, was lying on my bed by 10.30pm - incredible. Have NEVER got home that quickly when it involved the C bus. There were probably people still at work doing sidework at that point! So, I made the most of it by having a nice shower and going to bed early.

Saturday I was my first ever 11.30 AM shift! Up to this point, they've all been starting at 10.45am which is a setting-up-the-kitchen shift. It's not too bad but starting later is a sign of seniority AND you get extra time in bed...! So, I ambled in at 11.30 for pre-meal and got given section 311. This is a bit of a sucky section but at least you mostly avoid gratuity (because it's almost impossible to seat more than 5 at the tables) but there's only 3 tables so you don't earn so much. The restaurant was DEAD though so it was pretty unproductive all round. I got out promptly after the AM and went to Crossroads with Sophie for Sweet Tomatoes which was amazing as always. Then we got the F bus home (called the F bus because it's commonly associated with the phrase, "Where the F is the bus?" or as some people call it "The Fun Bus"... neither of these reasons are true but quite funny nevertheless) and I washed my hair and had a low-key evening.

Today I was in for another 11.30AM. Yet again, it was very quiet so very dull - typically it only got busy at 3pm so we all got sat multiple times right before the end of lunch. I was section 510 which is normally quite nice but it was hotter than hell outside today (high of 35 degrees C, without the heat index added!) so I was glad when the shift was over and I could go home and change into cooler clothes. I got the H bus (so called because it's the HELL BUS.... obviously) and went to Walmart. Now, this Walmart escapade is bad enough because the round trip takes about 2.5 hours usually but today it was even worse because there was about 4 different coachloads of Brazilian teenagers in tour groups in there! UGHHH. Horrible. The lines at the checkout were awful as well. The only reason I went through this traumatising experience was so that I could buy picnic food for Wednesday as it is the 4th July! It's the first time I've been in the country for the occasion and NOT been scheduled to work so Nick and I are going to brave Clearwater Beach armed with picnic, suncream and hope to see the fireworks. 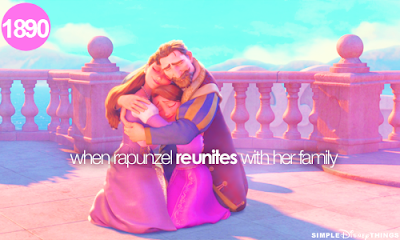