Wow, another update already I hear you cry!! Well, seen as I actually have some downtime I thought I'd make the most of it and I'm not ready to go to bed yet! I also thought I'd post about the last two shifts I've had because they've been really good! (Some positivity at last LOL)

Yesterday I went into work feeling pretty rubbish because my neck was really hurting. I have no idea why... I was hoping it wasn't some illness I was getting (because it's like Fresher's Flu here right now - everyone is getting sick!!) but to be honest, I think I must have just slept at a weird angle or something. Ultimately though, it just really hurt whenever I looked to the very left or very right - basically, if I needed to cross a road, it really hurt!! So I dosed up on iboprofen and paracetamol (or atcetamophen as they have here instead, and yes, I've spelt that wrong) and got sent to the Greeter position which I was quite happy about. I ended upn literally staying there for the entire shift from 2.45pm until we closed it at 10.45pm. I was actually working til 11.30pm (extra tragic hours!) so I got an hour break but I spent the last 45 minutes helping to close chippy. Sooo... I was on Greeter which is probably one of my favourite jobs so that was good. It was very busy with a lot of reservations so on the whole we weren't taking walk-ins... Daniel E was assigning (the person that decides who sits where and how many spare tables we have) and he was only training but he was really good!! I've noticed that an important thing about the assignor is that they have to have some nerve in order to try and get as many guests in as possible because it means the servers earn more money and therefore Disney get more money from the restaurant. If you're too nervous about overbooking the restaurant then you can end up with loads of empty tables which isn't too good! Anyways, he was doing a great job and he's a lovely person so it was nice to work with him (the greeter is probably the person that most works with the assignor) and we managed to get most people sat on time (when they booked their reservation for) and even got a few walk-ins in as well.

We were very busy when this family of 5 walked up... instantly I saw the 'Give Kids the World' badge on the little boy who was in a wheelchair. Give Kids the World is a place near Disney where children who are terminally sick can stay and go to DisneyWorld - it's connected to the Make-A-Wish Foundation I believe. You can also VoluntEAR there (I plan to do this again at some point - I did it once on my first program in 2008) where you look after the kids and play games with them whilst the parents go to the parks on their own for some restbite. Anyways, I noticed the badge and there was no question about getting these people into the restaurant despite the crazyness and the lack of space. I spoke to Daniel and he said it would be about a 20 minute wait so I explained to the Dad about how we weren't taking anyone without a reservation but because I had some Disney Magic that was spare, I found them a table in about 20 minutes time! I gave them a pager and they waited... they got given 509 which was a really nice table overlooking the World Showcase and it was wheelchair accessible of course. They were such a lovely family and meeting people like that really makes you remember how your problems are so insignifant (like my painful neck) because their child is really sick and yet they can be the happiest, friendliest family I will have met all day. So when it came for them to be sat, I took the ticket off the seater and got them to cover greeter whilst I sat them :) They were lovely. I hoped they'd stay for the fireworks so I that I could do the magical moment with them but unfortunately the kids were too tired and we were crazy busy anyway so we didn't end up doing the magical moment at all. It's moments like that when I love being a Disney Cast Member.

The rest of the night was fun and then I closed greeter and went to help close chippy. Whilst I was cleaning the condiment cart, there was a group of drunk guys (I love EMH just for the amusing drunks!!) and they were trying to do Scottish and Irish accents to each other. They were so good that I was actually questioning to myself what nationality they were! They started heckling me just because I was there so I joined in with the banter and found out that they were actually from Texas! This one guy did a really good accent, he apparently learnt it from Love Actually LOL!!! It was fun having a laugh with them - they even took my picture hahaaa! Eventually I finished closing chippy, went home and crashed out, I was exhausted!!

Today I was FINALLY chippy registers again!! I say that because in the roughly 4 weeks since I've been trained, I've only done it once! So... registers were outside for about an hour of my shift then it started to rain so we moved inside chippy. This is a bit of a pain because it means it's a bit squished in chippy and it gets crazy with too many people in there. It was fine though and it didn't actually rain that much so the guests didn't get too annoyed! (You really don't want to combine tired, hungry guests and add cold and rain to that!) I went on my break and when I came back we had me and Dan on tills with Sam and Tom filling and Gonzalo and Eric as the culinary staff - it was fantastic!! We had a right laugh! Lots of singing and dancing was going on and I really enjoyed it. The time went really fast. The only downside was that because of all the fun we were having, I managed to have my till 50 cents up at the end of the night which annoys me because I like to be bang-on with my money and I even was on my first shift. So I was a little irritated by that but life goes on! haha! So yeah, I banked out and clocked out... we got to Cast Services at 10.20pm and the queue for the bus was rediculous! So we got a taxi ($2 each yeahhh) and I got home at 10.35pm. I probably would have been home at something crazy like 11.30pm if I hadn't got the taxi so I don't care about the cost! I put my laundry in the dryer and now I'm here eating the rest of my Ben & Jerrys and drinking some wine I found in the fridge. I'm off tomorrow so I don't know what I'm doing yet but I don't have to go to work! :D 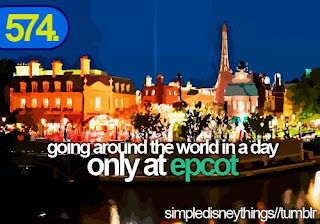