Well, server training is exhausting. That's mainly what I have to say about it! On Monday I was at work for my first Mid. My trainer was Lindsay which was nice because I did my bar day with her and she's a core trainer so I'd done quite a bit of training with her already. It was a bit of a crazy day because you do the whole lunch and whole dinner service on a Mid shift. It seemed to go reasonably well although I kept forgetting to pick up the seating ticket (big no-no) and kept forgetting to bring out bread. Eventually, I finished the shift and we banked out... it was okay. I was super tired so just got the bus home and slept. I was back up early again the next day for my last day of training (it goes so fast!) and I had to be at work for about 11.30am. We did about 3 hours of "classroom" training which consisted of going through the written test I was doing on the Thursday, running over the menu, spieling and that kind of thing. Then we joined the pre-meal at 3.30pm and did the PM shift. My trainer was Nicole this time and she was great because she stepped back and let me do my thing. She just stepped in if I needed her... this was what I needed because I needed to know that I could cope on my own for my test on Thursday. We were also KD that night (Kitchen Duty) which means you have to check everyone else's sidework before they can get signed off to go home and therefore you're usually the last server to leave. Even though I was really tired, we ended up all going to TGI Friday's to get food. We ended up running into some of the new newbies who hadn't actually got to the pavilion yet so that was quite nice. We had a couple of drinks and some food then Nick said he was bored and not tired because he'd slept in late that day so he ended up picking me up at 1am. We watched half a DVD at his apartment before I was too exhausted to stay awake.

The next day was Wednesday and I was off. This was the day before my Service Test so obviously I had to do revision.... I met some of the newbies as well as Danny, Amelia and Rob and we went to Animal Kingdom! It was fun! I did revision whilst standing in the (long) lines and we went on Everest and Bug's Life. We tried to go on Dinosaur but we'd queued for about 15 minutes when it went 101 and everyone had to leave the queue which was annoying! So we went over to the Restorantosaurus and it was PACKED. I have never seen it like that ever! Literally, they had a queue out of the door and cast members asking "how many?" just like for an attraction but instead it was to go into a line to buy food. Then they had another line to get a table. We got lucky in the end and managed to get somewhere to sit down and eat but still! CRAZY! After this, we went to the Festival of the Lion King and then sadly I had to drag myself away from Animal Kingdom... because I had to sit down and do some proper revision at home. And that's how I spent the rest of my evening... exciting.

Thursday was Test Day! Ahhh! We got a taxi at 8.15am and started the written test just after 9am. It took me almost 2 hours to complete but I did get 196/201. Boom. After that I sat around for a bit, had lunch and then went to pre-meal for the AM shift. My test table was going to be 514 which is a nice table but it's outside and therefore through a door... not good! Anyway, the shift was going okay until I got sat a weird set of guests on 516 and they threw me off a bit because they were just... odd. Then I got a little bit weeded because I knew I was going to be sat my test table at 2pm and I hadn't kept up with bussing and stuff so I was a little stressed. Eventually I got sat my test table (they'd put the name on the ticket as Luke Skywalker which amused me... in reality it was Whitney and Lindsey). I spieled absolutely fine all the drinks, 2 apps, 2 entrees and side dishes even though I was nervous as hell. They ordered an iced tea, water and a hot tea... I knew they would but it was a bit of a pain in the bum to have to carry all that stuff out. When I got back to the kitchen I had a bit of a meltdown because I felt like I was overloaded and basically the pressure got the better of me... I ended up having a little cry with Daniel E in the kitchen (bless him, he took my drinks off me and gave me a pep talk) before getting a grip and taking the drinks out. From then on it was just a blur really... I kept forgetting little things (like taking milk out with the hot tea) and they quizzed me on the new menu which was a bit nervewracking. I forgot to spiel the wines properly until I got to dessert so luckily I got that in there... then I opened the wine bottle (the bit I was dreading) with only a little struggle... but it didn't pop!! We don't pop at Disney!! :-D Finally, the test was over and all my other tables had left as well. I bussed everything and then went upstairs to find out my fate.

I really did think they were going to turn around and say I needed more training/observation but they didn't... I PASSED!!! :D

Whitney said it was a great assessment and there was only a few little things I had to do differently. They were so confident in me that Anny (our area manager) asked me to work a Mid on the Friday... i.e. the next day. I couldn't really say no to her but it was supposed to be my day off so I couldn't go to Universal with Nick like I was intending to sadly. After I was done and banked out, I went home and got changed then met up with Tyler and went to Downtown Disney to get food. It was really busy down there because they were having a St Patrick's Day celebration so we ended up getting the boat to the Port Orleans Riverside Resort (another one ticked off my list!) and we went to Boatwright's - the full service restaurant there. It was sooooo good! I had shrimp pasta and it was super yummy then we shared a slice of Pecan Pie. Nom. We got a taxi home and I crashed out!

Friday was yesterday... I went in for my Mid as arranged. I was in section 106 but with only 3 tables for the AM. It wasn't too great... especially because another assessment was going on right next to me so I felt like the managers were staring me down when they weren't assessing Dougie! I had my break and then got Section 514 for my PM shift which ironically was the same section I had for my test. It was really good!! I turned my tables once but most of my tables bought loads of alcohol and were just a great laugh. You can tell what the table is going to be like right from the first "hello!" and these guys were great. I enjoyed the PM even though again I only had 3 tables which was all I could cope with really. The food took forever to come out of the kitchen though (on the AM but particularly on the PM) and it was a bit of a nightmare! For one table it took 40 minutes for them to get their entrees! So frustrating!

Whitney 'cut' me at 8pm... i.e. said I wouldn't get sat again after these guests had left. However, they all stayed for AGES and I didn't end up getting out til 11pm anyway! So the cut was pointless but the thought was there. I also got told I'd be food-running today (Saturday) as it is St Patrick's Day and the R&C was going to be craaaazy. I didn't enjoy this idea especially as there would be 4 food runners... therefore we'd all earn rubbish money for 12 hours of hard work basically. Plus the fact I'd given up my day off to do the Mid for Anny AND that meant I'd been scheduled 57 hours this week. So, I went in this morning feeling really tired and generally just not very well to be honest - to find out that due to a scheduling mix up there were actually FIVE food runners in all day... this was getting ridiculous so I went to one of the managers and explained the situation. She agreed to ER me and so I 'worked' for all of 5 minutes... Walked back to Cast Services and got the C bus home. Went to Walmart and am now going to bum around for the rest of the evening and get an early night so that hopefully I'm feeling better tomorrow. 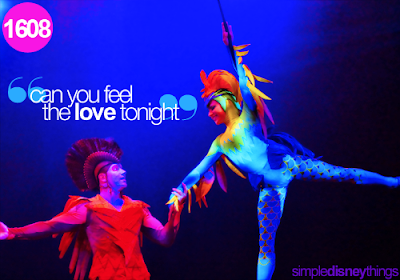