Well Saturday turned out to be a really boring day. I bummed around my apartment, half revising my menu and mostly watching TV/Facebook Chatting. I didn't end up seeing Nick and his brother and after trying to find out what everyone else was doing that evening it turned out a lot of them were going to see the Goo Goo Dolls at the  Universal Studios Mardi Gras event - that wasn't really my thing. So to get out of the house, I got the bus to Vista Way and went to Walgreens before going home and ordering a Pizza Hut online. I ate it whilst watching Hairspray on TV (which I've never actually seen - only twice on stage!)... in the end I had a good chill out evening really. Just a pity it was on my own!

Sunday I was an all day food runner again of course... but it was the best food running shift so far. This was mainly because Sam and Tom were training plus me and Gemma therefore there was four of us so it made the job a LOT easier. It meant we could have one person making condiments or manning pot wash to take the dirty plates off servers without it affecting running the food to tables. Another bonus (of course) was the fact only two out of the four of us were being tipped that day because the trainees don't get tipped. So I earnt a nice amount of money that day and went home tired but okay.

On Monday, it was a harder day... I was on my own again for the first hour and then Ani came in at 1pm. It was a pretty busy AM so we were running around a lot. Then Claire was food running with us from 4pm which made it easier but at 7pm, Ani burnt her hand on the hot bread and had to go home because she couldn't carry plates any more :( So then it ended up with two of us again. I managed to cope a lot better though so I'm not dreading today or tomorrows food running shifts now. I worked the most hours on Monday so again I got good money. After work, me and Sophie wanted to go to TGI Fridays but there were no taxis so we ended up going to McDonalds and then later meeting Tyler there, we walked back about 1am and went to bed.

Tuesday was the start of my three days off!! In the morning, I went to Walmart and washed my hair. Then I met up with Nick and Alex (his brother) and we went to Hollywood Studios which was okay. We did Star Tours, Tower of Terror and Aerosmith before leaving and going to EPCOT to ride Soarin. Then we drove to Chillis where I treated them to dinner. We went back to Nick's apartment and watched a movie called Hugo which won 5 Oscars and had lots of famous people in it but I really didn't think much of it at all. Then we all crashed out.

Wednesday, I walked back to the Commons bright and early at about 8am.... to get ready for the BEACH! I packed up my beach bag and then met Sam, Sophie and Clare at the bus stop where we got the bus to Hollywood Studios and then the boat to the Dolphin hotel. This was where we picked up the rental car - we got a good deal actually! Sam drove us to Clearwater Beach which I found a bit nervewracking because she's not driven for 3 years let alone in America (but I am a terrible passenger!! And to be fair, she did a really good job...)... it took us about 2.5 hours to get there and then ages to get a parking space. We ended up parking in a Holiday Inn car park for $20 for the day  because it was easier. We grabbed lunch at McDonalds and then went and soaked up the rays for a few hours. We even went in the sea!! At about 5pm, we left the beach and drove back. I did the driving on the way back which was fine except the traffic sucked so it took us almost 3 hours to get back. We all went back, showered and changed then drove to TGI Fridays for dinner. Then we did a very quick trip to Walmart before getting home and having a well deserved sleep!

On Thursday, I had to be up early again in order to go with Sam and return the rental car as it had to be back by 10am. We drove to the Dolphin and gave the car back, then I waited there for Nick and Alex to pick me up as we were off to the beach again!! They were running a bit late but I met them at about 10.15am in the end and we met up with Nick's friends Eric and Kathleen from Soarin'..... Kathleen went in Eric's car and Me, Nick and Alex went in Nick's car. We did the drive a lot more quickly this time - getting further south in less time. We went to Siesta Key which is by Sarasota... took us about 2 hours to get there and AGES to find a parking space. We finally managed it and got to the beach. It had the finest white sand I've ever seen. Sadly, the weather was a bit more mixed yesterday than on Wednesday so we did feel a few spots of rain and it was quite cloudy but the sun did make an appearance a few times. We stayed there for about 3 hours until 4pm then went back to the cars and drove to Siesta Key Village where there were some restaurants. We went to a cool little shack/restaurant/bar which was actually an Oyster Bar but I had chicken fajitas which were really good. Nick had crab cakes which looked nice too (if I liked crab!). Eric and Kathleen left earlier because they had commitments in the evening... we left at about 5.30pm. The traffic sucked again getting back and we eventually got back at about 8pm. I had a well-needed shower and then walked to Nick's apartment where me and Alex watched Never Been Kissed (one of my favourite movies... wasn't Alex's choice!) and Nick did his Calculus homework. I fell asleep at some point whilst Nick was still doing his homework and I think he was doing it til about 2am :S Then I got dropped off this morning at Commons after I said goodbye to Alex because he's driving back to Georgia today. I'm meeting with Sam and Sophie to go 'round the World' and do Duffy bears and my EPCOT passport! 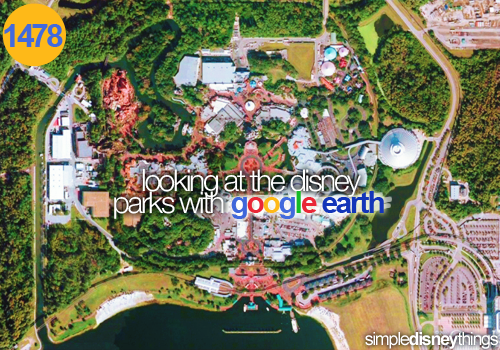