This one time when I worked at Disney World...

I find a lot of my sentences starting like this especially when I'm at home.... but yesterday was a crazy day which requires a blog post all of its own!

I went in as a AM, presuming I'd be extended to a Mid because it was a Tuesday and we tend to get a lot of call-ins on Tuesdays as everyone goes out to Lads and Lasses on a Monday night. Anyway, I get to work and there hasn't been any call-ins! So I was happy because it looked like I was going to be an AM. I got given section 709 which is a tricky section as it's so far away from the kitchen but all was okay. I had some nice tables and apart from a blip where I picked up a 5th table on 311 (on the way to/from the kitchen) and  got a bit weeded it was all fine. At 3.30pm, David (the assignor) started asking around as to who would extend...! At 3.30pm!! That's right at the end of lunch service! I considered the fact that I was lowest seniority and would probably be forced anyway, plus if I volunteered then it put an end to everyone else bickering, bitching and moaning that they didn't want to extend blah blah blah. So I volunteered.

I finished with my tables at about 4.15pm and went on my pathetic break. I was entitled to 1 hr 15 minutes but I didn't want to spend that much time away from the floor because it's like throwing away money.... so I took about 30 minutes and did a mini bank-out of my AM receipts so that they were organised for the evening. Went back downstairs to discover that I was on lower deck AGAIN! This time I was in section 704! It's very unusual if you're a Mid that you do both halves of your shift inside or both outside. So... I only had 3 tables but they were big-tops (i.e. 5/6 people almost every time). Chris still was waiting on one of my tables as he thought I'd be longer on break so he had to stay with those guests until they were done... I was happy with my 2 tables for the time being. But then they finished eating and I actually ended up with an empty section for a while! So then I got sat a family of 4 who were from Southampton so that was nice but then I was double-sat with a 5 top and a 6 top! So then it all got crazy because I was trying to run around getting their orders and drinks in.

The evening then progressed okay for the next hour or so, when my 5-top finished eating and left. I turned the table and got a 4-top in who were celebrating a 30th birthday. They'd already been drinking around the world so I knew they'd be a laugh :P On the seating ticket it said they had a birthday cake on order which was personalised so this meant I was going to have to do a shout-out for it... uh-oh!! Anyway, apart from having quite a few drinks it was all going fine up until the fireworks. The wind was blowing completely in our direction so during IllumiNations there was ash and bits of firework going everywhere! When I cleared the empty plates from 706, there was ash on their plates!! So 704 (the Brits) paid and left, then 706 paid and left too so I was just left with 705 which is when it got funny... I had to go get the cake. One woman in the party was really quite drunk and every time I went to the table during the meal she kept talking about how he should get a free dessert because it was his birthday but I knew they were getting the cake so I had to keep quiet! From the look on the man's wife's face, she also knew about the cake but the other guy with them didn't either. All very complicated. So, I get the cake together and grab all the servers that were around to go out to do the shoutout... and he wasn't at the table!! So we backed-up and went back into the kitchen, waited a few minutes and then tried again!

I did the shout-out and we sang happy birthday to him but it was a bit weird because it said "Happy 30th Birthday Greg" on the cake. Well, his birthday button didn't say Greg on it... it had a different name on it. So Amelia points this out after the shout-out when we're back in the kitchen and it clicked that I thought that there was something weird about it! hahahaa! So lucky for me, the guests had had so many drinks that they quite frankly didn't really care it had the wrong name on it... cue drunk lady offering cake to all the other guests in the Rose and Crown and me having to bring take-out boxes over so that they could put it away and not keep offering it around! Then said lady started smoking at the table so I had to go and put an end to that as well! Then they had split checks so I organised that and when I went back to the table it transpired that this drunk woman was just a randomer that they'd met that day in the park!! How odd!! So they didn't really know her!! The other guy with them was the birthday man's cousin so that wasn't so weird... but it literally couldn't have got any more random with these guests! They also didn't leave after paying, they sat around for AGES! So I was waiting to clean and sweep my section and it all took a lonnnng time. Eventually I did it, did my sidework and did a complicated bank out before finally clocking out at 11pm, over 12 hours since I started my shift!

Overall I feel I'm enjoying service which I'm really glad about. It's very hard work, it's full-on and also hard on the mind as well because of all the multi-tasking and brain power it requires. But it's fun, you get to talk to the guests a lot and obviously you make more money so that's nice too. I've had a couple of freak-out moments but it really is like learning to drive - you only really start learning once you've passed your test!!

On a side note... you remember how easy it is to lose your job here when people that you like get termed. Sadly one of the reasonably new people in HRC got termed yesterday for a housing violation... he was a great person, very enthusiastic and I'm sure a great cast member (I never saw him at work) and it's really a pity that he'll be going home so early. When you're working here you have to be so careful of everything you do but as long as you stick to the rules then you're all good :) 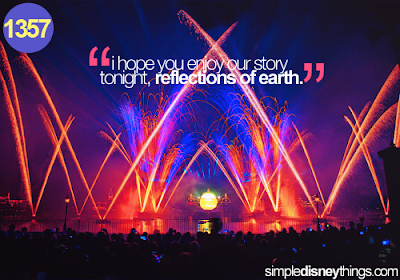