I've got slightly addicted to the Glee mash-up of Start Me Up and Livin' On A Prayer... mainly because the Rolling Stones part reminds me of the UK Pavilion and the British Revolution which is the band that plays there. Anyway, it's fuelling my good mood this evening so it's going to be the title of this post!

On Friday, I spent most of the day time walking around the World Showcase with Ani, Sophie and Sam - we went to all the countries Kidcot stations and did our colour-in Duffy bears! We also met Pooh Bear, Tigger and Duffy Bear too. It was good fun... then I went to work for Food Running EMH-stylee. It was actually okay... just tedious and the only notable thing that happened was I dropped my first food!! Oops!! I was carrying a shepherd's pie in my right hand and two kids fish & chips on Mickey-shaped plates on my left hand/wrist... in the process of putting down the Shepherd's Pie on the table, the top Mickey plate on my left started slipping off and trying to counteract that meant that it went all over the floor and the peas flew everywhere! Lucky for me, the mess was mostly on the floor and the peas that did land on the guest only went on her poncho so kind of rolled off. It would have been a LOT worse if it was a messy food like the kids pasta!! I got two more on the fly and apologised profusely... but at least it's happened now! After my shift, I went home and went to bed because I was tired from the crazy amount of walking I'd done during the day!

After a horrendous food running shift yesterday which went on for 11 hours, we got out after all the servers, even most of the culinary, at 11pm... we got a lift back to Cast Services with our manager that's how late it was! The main reason was that I had the sidework of emptying all the vinegar bottles, sending them through potwash and then refilling them - a disgusting, time-consuming and boring job! My mum can verify how much I hate vinegar at the best of times! We also had to do all the usual cleaning plus 3 trays of butterballs as for some reason we didn't have any for the following day. So... I was totally exhausted by the time I got to bed AND the clocks moved forward an hour last night as well! So I lost an hours sleep on top of all that. Oh, and I failed to Tigger everyone (TGR, aka Tigger, is a program which lets us report how many tips each person got so we can be taxed correctly) but I was at the point of a mental breakdown so I gave up and ended up having to get one of my managers to go into the system for me to do it today... fail!

Anyway, I got about 5 hours sleep and then was up again for my first day of server training. It didn't get off to a good start because Dougie said he'd meet me outside Commons at 7.30am... he wasn't there (Fail #1) By 7.45am, he still wasn't there and nor was my trainer Lindsay... it also had started POURING with rain (and pretty much didn't stop for the entire day, it was truly British today - VILE! Fail #2!) so I made the executive decision to get the C bus which arrived at 7.45am because I wasn't getting a half-point today! I've kept my record clean as far as I know for over 4 months! So, I got to Epcot and tried to grab food from Odyssey but it didn't open until 9am! (Fail #3) so I walked to the UK and got soaking wet feet from the rain... they were squelching! (Fail #4) At least I had an umbrella.... I got to the UK and finally met Dougie and Lindsay who got there about 10 minutes after me (far too close to clock-in time for my OCD liking!). They'd picked up Panera Bread pastries for everyone so I did end up getting some breakfast even if it was super unhealthy! I then realised I didn't have a server pouch (Fail #5) because I didn't get one from costuming.... it didn't matter in the end but it was annoying!

SO... after all of this... me, Dougie and Lindsay started the day with a 2 hours talk through basics, standards and serving steps. We also had to spiel to Chef Carrie which was very nervewracking but it was good to get the first spiel out of the way! I remember when I spieled for the first time at Star Tours and the 40 guests in my Starspeeder actually applauded me... I felt just like that all over again! Chef just said I needed to breathe and not speak too fast but that was just nerves. Then we ran through opening the kitchen and getting it ready for the day before we had pre-meal at 11.45am. We tried the new Seasonal Soup which is coming onto the new menu in a few days... it was okay. Nothing can beat a bit of Heinz though, right!

Then it was showtime! I was in section 307, 308, 309 and 310 which was three 4-tops and one 2-top. My first table was an old couple and I decided to go in the deep-end by just getting stuck in and spieling rather than getting Gemma (my trainer for the day) to do it... I was glad I did because I crashed and burned a bit which was good really. Luckily they had actually pretty much decided what they wanted already so I could just take their order and go and put it into the POS (aka Till) without too much trouble. Then I was sat 307 about 5 minutes later which was a lovely family of three... the Dad was really friendly. I forget where they were from but they were American. I managed to do my full drinks and menu spiel! It really boosted my confidence when the Dad ordered not only an Imperial Sampler (4 beers and a cider in 5oz portions) but a pint of Stella as well! The Mom had a beer in a souvenir stein as well and even the little girl got a glowing character punch (it comes with a glowing Tinkerbell)... so I did really well on selling my drinks! They were great... then the morning/afternoon was just a total blur after that! I think I had 10 tables in the end, nothing really went wrong, nothing got dropped or spilt and Gemma went home with a decent tip for the day! (When you're training, you're on non-tipped wage again whilst your trainer gets the tips). After work, it was still raining so 9 of us went out for dinner at Outback Steakhouse which was really good, not badly priced and we had a GREAT server called Noah so it was a fun evening. I've just come back now and updated this, downloaded more Glee music (LOL), did some online shopping and revised my wines. Now - SLEEP! 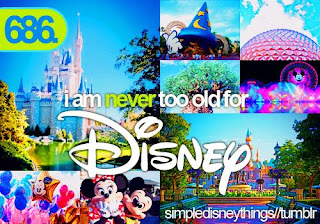