What a week it's been. It started on Sunday with my first Food Running shift. Food Running is basically the role where you take the food from the kitchen to the table. That's pretty much it on the surface. However, when you start actually doing the role you realise you've also got to keep on top of having enough little pots of ketchup (ew) and tartar sauce (double ew), hot bread and butterballs in the kitchen as well as doubling up as a server when you're onstage because guests don't know the difference between you and their server so you end up getting drinks, extra cutlery, dipping sauces etc. The shifts are also very long - generally you start between 12pm and 1pm and will go all the way through until the last server has banked out at the end of the night (about 10-11pm)... in exchange for this you do get to have three days off a week which is one up-side.

So... on Sunday, I was getting to grips with the role. Also, it hurts your fingers and wrists carrying heavy plates all day long and you have to avoid getting burns from the bread oven too! It was overall a pretty good day but by the end I was totally exhausted. After work, I dropped by Steffie's apartment because she was watching the Oscars at hers but by the time I got there, they'd left for House of Blues. I managed to leave my phone at her apartment because I sat and watched the end of the awards with Emily (her friend who wasn't going out). So on Monday, I had to get up super early to take the rental car back (sad times)... I went via the post office and McDonald's for breakfast before filling it with gas and then returning it. I then walked the 20 minutes home and went to get my phone from Steffies. I bummed around until it was time for work because Monday was BAR DAY!

This was fun, I got to learn how to make all the cocktails, pour the drinks and generally work behind the bar. Seen as before my program I'd never poured a pint in my life, I think it went pretty well. By half way through my shift I was taking orders from guests and putting them through the till and everything as well as doing the service bar which is drinks for the restaurant. The only downside to the bar is how noisy it is! After we'd closed and I'd done all the washing up (it's traditional for the trainee to do it on their bar day apparently!), it was time for me to go home.

On Tuesday, it was CULINARY DAY! I'd been looking forward to this one since before my program. So I went to costuming in the morning and got my chef whites on... hellll yeah! I got the spiffy EPCOT ones as well. I did take a couple of pictures but they're not on the computer yet. The point of culinary day is to realise how the food is cooked, the processes (therefore the amount of time it takes) and what each part of the kitchen does. But really, the day is yours - you can kind of control what you do during the day. So I started in pantry which is where they make the salads and desserts mostly... did about an hour there and then moved to the hot line. It was very hot indeed. I was by the ovens and where they do all the grilling... I was there for about an hour and felt like passing out - I don't know how those guys do 8 hours a day in there! I helped to make shepherd's pie mostly!

Then I was helping make fish and chips with Alberto in the fryer section which was just a bit dangerous for me really. I'm surprised I didn't get burned LOL. Then it was time for my break so I got given a load of food from the kitchen (which I partically ate and so did all the other hawks that were around the GT desk!) and I sat upstairs cooling off for that hour. After my break, I took myself off to the chippy for about 45 minutes which was good. It was very quiet in there though so I got a bit bored after a while and went back to the kitchen. It was at this point that it turned out the fryer in the kitchen was broken because it had been turned up too high and the oil had burned... so cue a manic hour of getting fish fried in the chippy and then transferring it to the kitchen. Actually, it was lucky I was there because in the end, I took over doing pantry on my own whilst Gonzalo emptied the fryer, cleaned it and refilled it with oil. They wouldn't have been able to get it up and running again if they hadn't had someone to cover pantry so yay. Pantry turned out to be my favourite thing and I did it until the end of my shift at 8.30pm.

I went back to cast services, threw my whites into laundry and got changed. Nick picked me up and we went to Publix to grab a few things to eat and some wine and then went to his apartment. I revised my menu and he revised Ancient Egypt for school... exciting stuff. By about midnight I was falling asleep so I crashed out.

Wednesday was my first day off! I got up and walked to Patterson Court where I discovered that Tyler had an alterior motive for asking me over and that was to help him move his crap to his new apartment (his 5th apartment in 4 months!!). Having said that, this is a really nice one-bedroom apartment so I think he'll be there for a while now! He was borrowing Alison's car so we took a trip to American Eagle at The Loop and then went to Cracker Barrell for lunch before going to Target where I bought a lamp, alarm clock and small fan amongst other things. Exciting! We dropped this stuff back at my apartment and then went back to Patterson to unpack some of his stuff.

Then it was time to go to MAGIC KINGDOM! For the 'One More Disney Day' thing which they were doing for Leap Year - basically they were opening MK from 6am Weds to 6am Thurs. We picked up Steffie at the Commons and then went to Walmart where we made up some 'special' coca-cola to keep the celebrations going all evening ;) We got to Magic Kingdom and ended up parking literally about 5 rows from the back of the parking lot! We got the tram to the TTC and then the monorail. The park was a bit crazy! We probably stood in the worst place to watch the fireworks which was by Casey's Corner because there were so many people trying to leave and come in at the same time after Wishes that it caused a complete blockage and standstill. It was crazy. We literally couldn't move anywhere. The highlight was a cast member who was standing on one of the grass verges and shouting at the guests: "If you are entering the park stay on the LEFT, if you are exiting the park stay on the RIGHT and if you are stood still and people are moving around you then please move and find your own space out of the way of everyone else!!!" We made a hand-written GSF for him because it amused us so much. Eventually they FINALLY opened the backstage exit and took people down the back of Main Street to ease some of the traffic... took them like an hour to realise this was the best option.

So we left MK and walked to the Contemporary... went to the Wave bar for a couple of hours where we met Ginger Dan and had a few drinks and some food. Then we went back to MK at about 11pm and ended up meeting some of Ty and Daniel's friends too. We went to Tomorrowland and did the Carousel of Progress and Peoplemover... then went and did Jungle Cruise and Pirates of the Caribbean (where our boat was so heavy it kept getting stuck... if the water had been deep enough I think we would have sank LOL). We also did Philharmagic and then went and danced at the Dance Party for a while! At about 3am we went and did Haunted Mansion where we were getting very tired. After stopping at The Lunching Pad to try and get cream cheese pretzels (we failed) we decided it was time to go home... we got a ride home in Nick's convertable (thus known as Ginger Nick... friend of Ginger Dan. We're taking over the world!). I got home at like 5am, pretty exhausted but it was fun!!

Thursday I spent most of it slobbing around feeling tired and revising my menu. In the evening, I went out and met Tyler, Sam and Steffie. We went to Publix and then had wraps at his apartment before I came back and slept.

Yesterday was my first tipped Food Running shift... it wasn't great really. I was so hot for the whole day and exhausted. I felt like I was rubbish and not keeping up. It was hard because I had no trainer this time and it was a lot busier. Plus as it was Friday, it was EXTRA TRAGIC HOURS. UGH. So, I tried my best and I hope I was better than I thought I was... but the good part was that it was my first tipped shift so I made about $100 in one day... considering I worked 11 hours its not really that different! I suppose if you add on my hourly rate as well then I did make more but yeah, it was ok. Then me, Sophie and Rob went to McDonalds and ran into David so we sat with him til about 1am. We walked back and I went home and fell straight to sleep.

I'm off again today... not doing much, hopefully going out to see Nick and his brother who comes into town today a bit later. Then I work Food Running tomorrow and Monday before my next 3 days off! Woo! 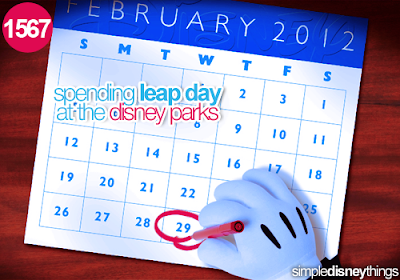