Tuesday, I was back to work. It was my one and only Beer Cart shift that I'd ever been scheduled during my time on Podium and it was an 11-6pm... easy peasy. So I was excited. We had breakfast and we walked over to EPCOT, I signed Mum in, got changed and went to check the lag. Front of House. Was soooooo annoyed. Basically, someone had phoned in sick who was supposed to be the closing Beer Cart person and instead of just swapping someone from FOH to cover it, the co-ordinator had made that FOH person an all-day Beer Cart and put me on FOH instead which really doesn't make sense. Anyhow, I ended up seating which was annoying to the extreme and then just covering Tom's break (aforementioned FOH person) which was better than nothing I suppose. My day did improve with the arrival of my 'Applause-O-Gram'!! It's really quite rare to get them because it means a guest has gone to Guest Relations to say how great you are and they fill it out, then it gets delivered to the location. I was super happy about that - it's taken me 3 programs to get one of them! So the day improved, and then at 6pm I got changed again and met Mum and Nick in the UK pavilion. Nick had scored us fast passes to Test Track so we went and did that (probably for the last time before it goes down for massive refurb) and then sadly Soarin' was having technical issues and their line was 3 hours long so even with Fast Pass we didn't have enough time to do it. We walked back to the UK and got a drink in the Pub before sitting down at 708 on lower deck to have dinner and watch the fireworks. Lee was our server and he was great! I was surprised at how much I enjoyed the meal actually... I had the scotch egg which was very yummy, followed by Fish and Chips (I know... really...) and then the Bakewell Tart for dessert. I also had an English Rose cocktail (very fruity) and my favourite - a Magical Star. Another glow cube for my collection!We got an awesome view of the fireworks and then Nick went back to his car whilst me and Mum went back to the Beach Club.

On Wednesday, I had to work all day. We got breakfast in the Yacht Club which was really good (I had a Mickey Waffle!) and then I walked over to the UK. It was a chippie registers shift which was fun and we had a MASSIVE thunderstorm!! My first one since I've been here and it was very exciting! The rain was just insane... I've never seen anything like it even in the summer. The drains got blocked with leaves so the main promenade going through the UK got 3 inches of water flooding it. Crazy. Anyway, the storm did a good job clearing out the guests so it was quite quiet for the rest of the night. I banked out, we cleaned chippie and then it was home time. But I had to go back to the Commons because it was the photo shoot the next day!

Me, Rob, Dan and then also Tyler ended up going to ihop before going home. Then I washed and dried my hair and by this point it was like 1.30am so I figured there was no point in going to bed for 2 hours... so I just stayed up. I revised the menu a bit and got myself ready. At just before 4am, I walked out to the front of the Commons where I ran into a load of newbies who were coming back from a night out so that was random. Stood talking to them until my lift showed up... and we drove to EPCOT. It was very strange being in the UK at that time in the morning - kinda felt like I'd never left! There were three 'scenes' to be done - Jenny was pouring a pint in the bar, Chris was serving food in the dining room and I was standing outside the chippie. We did Jenny's first, then Chris, then me as I needed daylight for mine. It was great because I had my hair all done up in french plaits and then had my make-up done - I felt spoilt! The only downside was having that stupid hat on and having to wear my costume!! It was my turn for photos at about 8am and my face hurt from smiling! Then we had group pictures done outside the Rose and Crown as well... then we were done for the day! It was very strange walking out of work at 9am and getting the C bus back to Commons on my own!

I got back, got changed and then drove back to the Beach Club. Picked up Mum and we went to the Florida Mall - I was SOOOO tired. Absolutely exhausted. Anyway, we wondered around, went to the Bath and Body Works and then she got some lunch. I was too tired to eat so I just had my 2nd Red Bull of the day. We drove back and I crashed out for a couple of hours. Felt pretty rough when I woke up - bit like being jet lagged! I went and got a sugar injection in the form of a Fudge Sundae from Beaches & Cream which was good. We got ready and then drove to the Animal Kingdom Lodge to eat at Sanaa with Nick - my first curry for 4 months!!!!! It was amazing!! After dinner, we went back and I slept like I was dead for 11 hours. Amazing. Basically in about 30 hours, I'd only had 2 hours sleep.

Friday, we got a snack for breakfast and sat on the 'beach' for an hour or so. Then I walked to EPCOT and got changed, and went to work for my last podium shift!! It was 11 hours long, about 8 hours of that was on chippie registers. It was pretty standard to be honest but enjoyable. I was only 5 cents out on my till despite using it for some training as well so I was very happy with that. After work, I walked back from the Beach Club and went to bed... it was a non-eventful day!

Saturday was Mum's last day... we got up, packed and checked out of the Beach Club (sad times). We drove to the Commons so I could drop all my crap off and then we went to Downtown Disney to get a couple of things from World of Disney. We had a wonder around the shops and then decided to get lunch at Olive Garden. I got lost driving there and so it took 25 minutes, oops! Anyway, we had lunch which was good and then had about an hour to kill so drove to Mickey's Retreat and went and sat by the lake there. Then we drove to EPCOT to pick up Nick and then went to the airport. It was pretty easy, no traffic and didn't get lost! Mum went to departures which was a bit sad and then Nick and I went to get a drink in the food court. He wanted to pop by Mall of Millennia which I figured wasn't too far away so I agreed.... over an HOUR LATER we finally got there!! It was such bad traffic!!! We sat forever on International Drive moving at like 1 MPH it was awful. Had amusing time people watching though... "I ain't no ho!" LOL. (In-joke).

We went and got the things he wanted then it took us over 2 hours to get back from Mall of Millennia to Commons!! I felt so bad because I'd said to Ty and Steffie that we'd go to Walmart at like 5pm, my phone died and eventually I got to Commons at 8pm!! Seriously, I've never seen traffic that bad in my whole life. Every road we went to was a solid jam. I almost ran out of gas so it's good we found a gas station as well. It was because of a big basketball game today combined with the Princess Half-Marathon at Disney today as well... Horrendus. I met Ty, Steffie and her friend Emily and we had some pasta at Steffie's spiffy one-bed apartment. Then we drove to Walmart and did a big shop there. I got back around 11pm and unpacked my stuff before finally having a shower and going to bed!

Today I start food running so wish me luck!!! 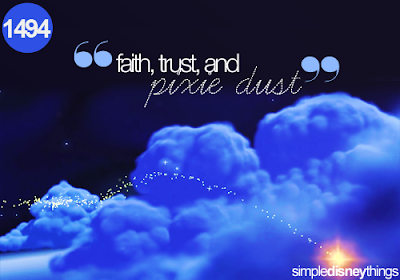