Well Tuesday's long shift was very... long. I saw the newbies at lunchtime which was quite exciting as they were having their walkthrough. After work, Sam came over to my apartment which I soon discovered was full of most of the French Pavilion so we met Sophie and phoned for Chinese Food before going to Sophie's apartment to eat it and then I eventually went to bed at about 1am.

On Wednesday I was off! YAY! My one and only day off so obviously I spent the first part of it doing laundry... then I got the first bus to Walmart. The weather was absolutely gorgeous and I was annoyed that I only had one day off because otherwise I would have led by the pool but I needed to make the most of my day. Sooo... I went to Walmart and bought lots of healthy food! When I got back, I put away the food and then went to Steffie's new apartment - she just moved into a one bedroom in block 19 which is really nice. I am a little bit jealous! Until I realise that I got lucky with my apartment really... it's only 2 bedroom, my roomates are tidy and clean plus of course, it's in Beverley Hills!! :D (i.e. near the bus stop) Then we got the E bus to Hollywood Studios and wondered around - rode Star Tours which is always fun. We were going to get food but we couldn't get any sit down restaurants so I ended up with chicken nuggets and Steffie had an ice cream. Then we walked to the Boardwalk Resort and got the guest bus to Downtown Disney where we went to World of Disney and then to the AMC Cinema. We saw a movie called 'One for the Money' with a friend of Tyler's called Daniel (even though Tyler was at work, I've met Daniel loads of times) and it was surprisingly good! I enjoyed it! We got out of there at about 9.30pm so we got the F bus home (which took forever) and I eventually got home at about 10.30pm. I did my tax return form (exciting) and then went to bed. That was the end of my day off, sad times.

Thursday it was back to work and I was training!! Woo!! So, I actually met a couple of the newbies - Tasvir and Fiona at the bus stop and we all went to work together. I actually ended up training Tasvir on seating all day which was thrillsville (as I LOVE seating.... ha.) but she picked it up pretty quickly! It reminded me how hard it was to learn the table numbers when I was a newbie! We were really understaffed so the servers ended up seating quite a few tables and it was a bit frustrating when we could have done with being able to take our time rather than rush because we were lacking cast members. But anyways, it went quite well and we both finished at 7pm!! After a small issue with the fact Tasvir lost the piece of paper with her locker combination on it and we had to phone security because costuming was closed, she eventually got her stuff from her locker and I got changed. Nick picked me up and we went to Olive Garden for dinner which was NOM because we got this special set menu thing for $12.95 which was really good value! I had tortellini and a mini lemon mousse thing as well as the epic salad and breadsticks of course. Our server was from Hull and she'd done the CRP a couple of years ago!! (And got married and stayed there of course...)

Then we went to Downtown Disney and I was back at the AMC Cinema again! This time we went to see the Woman in Black - it was really good! Scared me!!! Lots of jumpy moments and creepy silences! It was great. After that we went home and crashed out as it was pushing 1am.

This morning Nick had an early start at Soarin' (as usual) so I'm here bumming around my apartment now before I go to work later. I'm thinking of going early and having a wonder round the world showcase before work so I can buy the Wine 101 book we used at service class (you can buy it in 'France') as I have nothing else to do. We also have an inspection today so I'm sure we'll pass as our apartment is nice and tidy :) 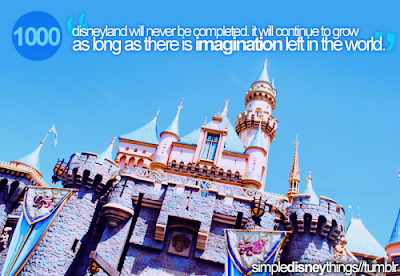