So we passed our inspection and got cookies, yay! I didn't end up going to Epcot early because I spent too long on my computer and catching up on Casualty! So I got the bus to work and spent the day training Charlotte on Chippy Tills. It was her second day of training so she was fine with it - apart from a couple of coupons we had to process it was all good! She managed to get out of staying til close so after she left at 9.30pm, I continued on until close (extra tragic hours remember!) and then banked out at 11pm... and my till was bang on! I was happy! It's difficult to get it bang on when you're sharing a till and because I was filling I couldn't watch every single transaction that Charlotte was doing. Another thing I found out that day was that Charlotte is actually my next door neighbour! After banking out, I got out at about 11.30pm... I got the bus home and went to bed.

On Saturday I went to work at 11.45am for my open til close shift... I was seating for a good part of the day and then Vicki hurt her foot on the keg trolley so I ended up taking over stocker and being the closing stocker which was quite busy and tiring. It was also cold and so I had to wear my winter coat which is a bit big and bulky for stocking really but it was better than freezing! The temperature is weird here at the moment, we've had a sudden cold snap - and going from 25 degrees to 2 degrees is quite difficult to deal with! I finally finished work at about 10pm and went home when Nick called me and we ended up chilling out at his house and making cookies!

This morning I got ready for work and went to work first thing as again, I was an opening shift. I was actually opening chippy and I was a bit worried because it's never gone that well! But Natalie was also there and she was a star... we were ready by 11.20am! So I was chippy till all day and it was bloody freezing so being in there was a bit of blessing. I got out at 6.15pm and didn't want to waste my early finish so I got changed at Cast Services and then went back into the World Showcase... I was hoping to walk around with someone but everyone was either working or busy so I just went around on my own. I got a Magner's from the beer cart and then walked around the French pavilion before watching 'Impressions De France' in their cinema show thing which was good - made me want to go back to France! Then I went to Morocco and had a falafel wrap which was quite good - another country to tick off my food list! I walked through the other countries, and took a walk around the massive Japanese merchandise store which is somewhere I definitely need to go back to once I have money! I got a School Bread from Norway (standard) and then ate it as I walked back to Cast Services to get the C bus. I just got back home and I'm watching TV whilst waiting to hear from Tyler to see if he wants to hang out...

Also, I discovered that I go into food running a week earlier than I thought!! This is a bit scary because it means I go in in 2 weeks - the 26th Feb! Also, that's the day after my mum leaves and the date change means that I'll be taking my service test the day after the new menu starts at the Rose & Crown - great timing NOT!!  The good news is that I got my schedule for the week my mum is here (5 days and counting!) and I'm only working for 3 days so I have Friday, Saturday, Sunday, Monday, Thursday and Saturday off! YAY!! 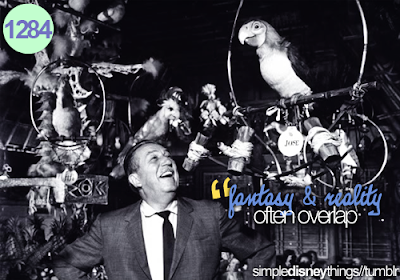