So, Cirque Du Soleil was amazing!!! I really enjoyed it. It was definitely a bit 'out-there' and Mr Martyn (my A-Level Theatre Studies teacher) would have had a field day analyzing it but being in the front row was great - we had trapeze artists above our heads! It definitely worth a trip to see it... the theatre is smaller than you think so any seat really does give a good view. I'd like to see it again but from nearer the back so that you can get the whole 'picture' rather than being as close as we were where you could only really look at one thing at a time. So, after the show was over we got a taxi back to the hotel and crashed out - so tired!

On Sunday, we headed out to Kissimmee to go and see the villa which my parents are renting in July... basically, to have a nose around. We first tried to go to iHop but it was totally packed so we ended up with a Subway breakfast (bit eww...). Then we drove down there with no incident except that the SatNav died on us and wouldn't find any GPS after that for the rest of the week. We saw the villa, got some gas and then attempted to drive to the Florida Mall. Got very lost, ended up in a traffic jam on the I-4 and eventually gave up and went back to the hotel. We got food at the hotel pool QS and then went and lay by the quiet pool (they have two - a quiet one with a hot tub and a busy one with waterslides and lots of children) where I revised the new menu and my Mum sunbathed. At about 4pm we got dressed and got the boat to Hollywood Studios. We did Tower of Terror where I saw Sjonnie, one of the guys I worked with at Star Tours, then we attempted to find food and ended up at the SciFi Drive-In Theatre Restaurant which I think is awesome. Sadly we didn't get to eat inside a 'car' but we had one of the tables at the back of the restaurant. It was really fun. After that, despite feeling stuffed, we went to Star Tours and Mum loved it surprisingly!! Then we went to queue up for Fantasmic and got good seats for that... it had been very windy that day but luckily it died down a bit - the show was amazing!! MICKEY WAS AT THE TOP OF THE MOUNTAIN!!!! This greatly excited me because he hasn't been at the top all the times I've seen the show during this program. He still didn't shoot fireworks out of his fingers though like he used to.

Anyway, after Fantasmic, we went to Rock 'n' RollerCoaster which was a bit of a nightmare. I figured because of the amount of people leaving the park, the queue wouldn't be too bad - wrong. We also got stuck behind a really annoying group of 15 year olds including one girl who was loud, boasting about her fake ID and how she was drunk and was also smoking in the queue. Wish I'd had my costume on at that point, she would have known about it. After about an hour queue we got on the ride and it was awesome of course. Then we got the boat back to the Beach Club and went to bed.

On Monday it was our last chance to do the other parks. I guess it was quite badly timed really because all the parks we did were over President's Day Weekend which meant the parks were pretty packed out. Anyway, we started off reasonably early and got to Animal Kingdom at about 10.30am. We walked to Everest and only queued for about 40 minutes which wasn't too bad. Then we went over to Safaris where the queue was up to 70 minutes so we got Fastpasses and went about getting some lunch. We walked back to the Yak & Yeti QS which I'd heard great things about - and I waited in line for over 30 minutes!!! Awful!! It wasn't Quick-Service at all! The main reason for this was because of the good old Disney Dining Plan. Their options were too complicated so it took the cast member time to explain it to every bloody guest and then also coupled with the fact that there was only one register for 2 lines of people. I can understand this when there are lots of registers but at this one there was only 2 or 3! Can't believe it took so long - the food was good but it was a bit of a joke.

After this, we went back to Safaris and did that - saw lots of animals. Then we walked to Camp Minnie-Mickey to catch the Festival of the Lion King. Nick was on his way to meet us... but by the time he got there, the theatre was almost full so we ended up in Standing Room Only whilst my Mum sat in a different part to see the show. That was a bit annoying and I was getting fed up with all the crowds - especially the tour groups!! So after the show, we sat and had a drink with Nick before going our separate ways. We went back to the hotel and did a bit more chilling out before getting ready for Magic Kingdom.

Obviously MK was packed as well but only took about 45 minutes to drive there, get the monorail and get into the park so that wasn't too bad. We went to Adventureland and did Jungle Cruise (rapidly turning into one of my favourite rides!) and then did Pirates as well. Then we stopped by Pecos Bills to have a snack - we both had fries, Mum's were topped with chilli and mine were topped with cheese haha! We also saw a Cast Member that remembered me from the Chippie so we had a funny conversation about that! Then we walked to the Hub and got a good spot for MM&Y/Wishes. Mum really enjoyed the projection show which I was excited about because it's so hard to explain to people. After the fireworks were over, we hung around for a bit to wait for the crowds to ease. Then we got the resort monorail back to the TTC and then drove back to the hotel - again, exhausted! 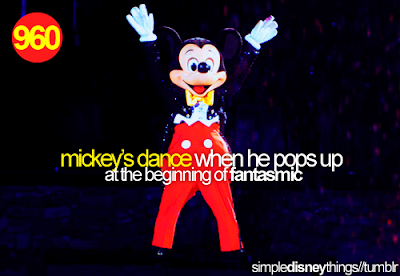