This week has been a bit crazy in the parks... most of the kids and students are off this week or next week for their version of an Easter break. We've been predicted the same level of crowds this week as during the Christmas period!

So, going back to last week (for somehow it's been a week since I updated...!) I worked a PM on the Wednesday and then Nick picked me up after work. His apartment was a bomb site (again) so we stayed up super late cleaning and tidying... to be fair I did spend a fair portion of it sitting around playing with his posh TV :P We also went to Publix and bought snacks - I had brie and french bread NOM. I miss the cheese we have in UK supermarkets... just sayin'. Anyways, eventually we went to sleep and then the next day we slept in quite a long time. I was on another PM and he was off so we went to get Chinese food for lunch which was really good - a bit spicy! I love that he's so close to my apartment (although this will change a little when he moves in the summer) because it just means we can hang out at really short notice. Somehow we just don't get bored of each other and it's only money that bars us from going further afield although now that I'm a server I hope we'll be able to escape Orlando some time and see some other places together. When we went to Paris, we were the perfect travelling companions (ahhh it was such a fun trip, wish we could do it again!!) so fingers crossed for later in the summer! It's going to kill me to go home in 7 months but we won't talk about that! Shhhh!!

Anyway I went off on a tangent there... Thursday's PM was pretty non-exciting. I was getting pretty tired by this point in the week so I just went home and to bed (as far as I remember, it all blurs into one). On Friday, I was an AM so of course this meant I was actually a Mid... loads of people had been to see Snow Patrol the night before and were hanging all day so nobody else was going to volunteer! On the condition of getting free Fish & Chips, I extended. And it was EMH. The day was going quite well, I was in a good mood... I had 401 as my AM section which was a bit meh and then 303 as my PM section. Everyone likes this section but I actually don't... the tables are too close together so you can't get inbetween them which means you're always talking to the back of someone's head and the sidework associated with it is awful... it's POSs. So you have to clear and clean the POS stations (the tills, of which there are 4) and change the bins... plus you also have to refill the empty vinegar pots (VOM! People that know me will know how much I hate vinegar!) and the salt & pepper shakers. Well the worst part about the POS stations is that you can't do it until right near the end of the night... and seen as I'd extended and was inside, I  got cut at 9pm. Long story short, there ended up being a disagreement over sidework even though I'd done the worst part by refilling the vinegars and salt & peppers (which can be a time-consuming job in itself actually) but the argument was coming from someone who actually wasn't even involved, they were just being nosy. So it really annoyed me that I was basically being accused of not doing sidework and so I went upstairs, banked out and left. I got the permission to leave from my co-ordinator though so I wasn't just running out on them. Needless to say I wasn't looking forward to the next day and the result of this argument but actually it was fine...

So on Saturday I went to Panera Bread with Tyler and then we went to work. We got an early bus at 1pm as we both had a few things to do at cast services... when we were almost there the sky had turned a nasty grey colour and by the time we'd gone into cast services and costuming you could hear the rain on the roof and the thunder!! So we went back to Costuming and got out rain gear before running to Odyssey to get food! Tyler's coat pocket filled with rainwater because it was such a monsoon and so his phone got soaked. RIP Tyler's phone. Even the battery was dripping. Then we walked across stage and got even more wet. It was crazy rain! I've literally never seen anything as sudden, intense and prolonged as that in terms of rain! My feet were damp until I took my shoes off that night!

The actual shift was okay... I was on 510 again (I'm there a lot) and it was pretty slow. The weather put off a lot of people I think. I got a lovely 8-top at around 7.15pm who ended up staying for the fireworks... they gave me a crazy tip! I got on well with their kids tho so I think that won them over! My sidework was Racks so that was okay and then I got out of there and went to bed!

Sunday was my day off. I wanted to make the most of my day but the parks are soooo busy at the moment, I actually ended up meeting up with some of the newbies and we went to International Drive to have an English Breakfast!! It was a little pricey but that was okay because I had proper English Bacon!! Amazing! First time in 5 months I've had a fry-up... and a great way to celebrate the aforementioned 5 month anniversary too. I actually didn't end up doing much for the rest of the day except laundry and I saw Steffie for a little bit. Nick was a bit busy but he was going to Wishes which was soooo tempting - but EMH at Magic Kingdom in Spring Break!? No way! Also, I came down with a really painful neck for some reason to the point where I couldn't move it to the side, very strange. So I ended up having a quiet night.

Back to work yesterday because I switched my days off this week... I was a PM and it was a bit of a sucky shift. I was on 707 which I actually quite like as a section but my guests were kinda grumpy (you can tell the hot weather has arrived - 32 degrees Celsius yesterday!) and so I just turned and burned them. I got completely skuzzed for the first time when a table left me no tip whatsoever (wasn't my fault) and then several tables of British families where it's within our culture to only tip around 10%. It was a bit rubbish but having said that - I'm not a money driven server. I think it's bad and doesn't help your guest service. Also, it makes you look very shallow and I'm not like that... I will always give my best guest service and if they tip me well then yay! If they don't... well, at least they went away happy. Having said that, I was in pain for most of my shift so I probably wasn't giving 100%.... maybe 95% :P On the good side, I had easy sidework and I was done and back at cast services by 10.20pm. I waited for Nick who was getting me at 10.30pm and we went to Chilis because for once in his life, he had some money! Haha! I just got a chicken burger, it wasn't that exciting. But it was 2 for 1 cocktails wooooo! We got into a bit of a funny mood, it was good to see him because he'd had visitors for the last few days and we hadn't hung out... we watched Britain's Got Talent clips on YouTube (I miss that show!) and then eventually went to bed. He dropped me off this morning and then went to work... I'm mentally and physically (i.e. Ibroprofen for my neck) preparing for my 10 hour EMH Food Running shift today. They've changed EMH for the next couple of weeks to Tuesdays AND Thursdays because the park is going to be so busy... joy.

But excitement much because the reason I swapped my days off is because on Friday, Nick and I are going to see Titanic in IMAX 3D!!! So excited!!!! 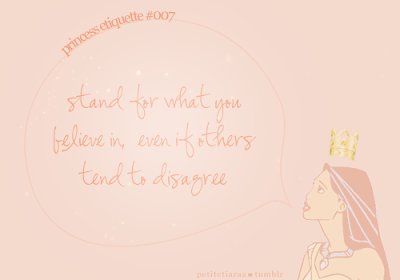