6 months since I arrived in Florida!

Wow, I've just been on The Hub (our internal website for CMs) and I've actually had an ADO (Additional Day Off) approved for whilst my parents are here!! Seen as this hasn't happened since I was on podium, it's worth a blog mention :P Fighting for extra time off here is totally exhausting and demotivating... it's something I've never had to deal with when I was an ICP. Part of it is because we have to hit 30 hours a week to satisfy our visa requirements and part of it is because there's so many less of us than there would have been in another restaurant location. If you think about it - you've only got full timers working at the Rose & Crown... no seasonal people and very few part timers (there's a few because they live here but it's an exception.. I can only think of about 3 people) so if you give away a shift and it takes you below 30 hours: DENIED. If you take someone's shift and it takes you over 40 hours and into overtime: DENIED. If you ask for an ADO and there's not enough people in that day (even months ahead) then you guessed it...:DENIED. It's a nightmare. However, I've managed to switch shifts before to try and get 3 days off in a row and as I've said, on occasion you can get an ADO or use 'floating holiday' (kind of like time in lieu)... it's a pity though because as you're here for a year, you want to be able to get out of Orlando and see other parts of the USA. Of course, there is always the option of calling in... but I've been here 6 months now and I have NO POINTS! Not even for misclocking or sickness :D

So yes, it's exactly 6 months today since I arrived in the USA! Isn't that crazy?! It means, sadly, I'm officially half-way through my program. I've already created some amazing memories... ones that come to mind are: seeing Cirque Du Soleil, staying in the Wilderness Cabins and Bay Lake, seeing Wishes from the Seven Seas Lagoon, Skydiving, road trip to Clearwater Beach, visiting Kennedy Space Center with Nick, seeing 2012 in on New Year's Eve at EPCOT after a 14 hour chippy register shift, getting an Applause-O-Gram, staying at Magic Kingdom ALL NIGHT for Leap Year, drinking around the Monorail/World Showcase... I could go on and on! When I think about it, I've already done so many great things but I feel as if there's so much more I could do in the next 6 months, especially outside of Florida. I know that the next 6 months are going to go SO fast and I am going to definitely make the most of them... I already have a trip to Cedar Point booked (the biggest rollercoasters in the world are there!) which is in Ohio and that's in 2 weeks time! I'm not going home before I've visited Disneyland in Anaheim and the Grand Canyon. It would be awesome to go on a Cruise (and/or a Disney Cruise!), see Las Vegas, see Los Angeles, go to Canada... basically hit everything on my bucket list.  HERE'S TO THE NEXT 6 MONTHS!!!

In other news, work has been pretty same-same. The last few days have been dead in the park so the restaurant has been really quiet. I had a monetary target I was trying to hit but I'm not going to manage it - not because I've been spending but because I haven't earnt it in the first place. Wednesday I was a PM on 514 which meant I was KD... and I had my first Code V! Yes, a child 'protein-spilled' all over my table/the floor/the wall/the table below them on lower deck (which luckily was empty)... it was totally unexpected and stressed me out! I called custodial straight away and then all I could do was give a million brawnies (they're like napkins but for cleaning) and a bin-bag for dirty stuff... and get their check sorted so they could leave! So embarrassing! The rest of the shift was fine but it threw me out of sync, oh and Janet sat me again with a new table in my section before they'd left so that was something I didn't need! Like I said, I was KD but I got out at about 11.30pm so it wasn't too bad. After work, I went to McDonalds with Nick.

Thursday I was a PM again, this time on 709. This is a lower deck section and normally quite a busy one... but on this day, I just had table after table of guests who didn't want to eat proper meals. They just wanted appetizers to share or side dishes as entrees which was frustrating. I wouldn't be so money-driven at the moment if it wasn't for the fact I need to save up so I can go and do all these exciting things in the next 6 months! The weather has got hotter recently and I think it means people aren't as hungry/just want tap water... So I ran around like a crazy person and didn't really earn much more than a good AM shift. I also managed to drop a full glass of water on the floor in the kitchen which smashed and an (empty) plate of food in the outside doorway which also smashed... oops! I had POS's as my side work (the worst one aside from KD for getting out late) so that kind of sucked. Nick picked me up and we went to Walmart to grab a few bits of food. I was really tired so I just pretty much went to sleep when we got back.

Friday, I was an AM. My section was 401. I usually like this section because it's outside but gets a breeze/shade and there's a POS right by the section. It was a very slow lunchtime... I only had 5 tables! I had two tables of Cast Members (automatic gratuity), one table with Tables in Wonderland (a discount card that gets them 20% off food and alcohol but adds auto-grat), one table of 8 Brazilians (again, auto-grat) and a table with Disney Dining Plan. On the up-side, I did get out at like 4pm. I went home, Skyped with Hayley and then got changed, got back on the C bus and met up with loads of people from work in the world showcase. We got some Banfi Rosa Regale (best wine ever) in Italy and then a few drinks at the Rose & Crown (a Magners Pear Cider and Magical Star for me!) before getting dinner there. I had the cheese plate (NOM) and then the Scotch Egg (NOM) and chips. I was stuffed! Daniel was our server and he was great... I felt bad as we almost all had bar drinks and appetizers and then 8 split checks :P

Yesterday was another AM. This time I was in 106 which was the first time I've had an inside section in ages... and it was super busy!! Such a relief to be busy for the whole shift - the time went really fast. I had some lovely tables as well with chatty guests and almost no auto-grat! :) It's just nice sometimes to not have auto-grat because it means you get your money at the end of the day rather than the following Thursday in your paycheck! I had a nice table of Brits from Reading and a great table of Americans who ordered two 'Irish Car Bombs'. This is actually a drink - it's a half pint of Guinness and a shot of Baileys... you drop the shot into the Guinness and then neck it because the Baileys actually curdles on impact and separates - it's gross! After work, I met Nick outside Cast Services because he finished at the same time as me which was nice and we went via the Commons so I could get changed and pick up my food from the fridge. We went to his and I made CURRY! It was goooooood. Complete with naan bread and poppadoms!

And that brings us up to date! Today is going to be my first Mid for ages so let's hope it's a good one! It's still the weekend so hopefully still as busy as yesterday. There's lots of cheerleaders around for tournaments and lots of locals too... so fingers crossed! 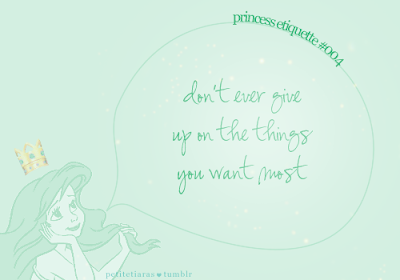