Time for a day off

Today is my first day off for 8 days, yay! Picking up where I left off - on Sunday I was a Mid and it did go well... it was busy and I had pretty good sections. I was 709 for the morning - I've never been outside for the AM of a Mid before, I prefer to be outside for the evening because you get guests wanting the firework views. It was okay, the weather was nice because there was quite a breeze which meant it didn't feel as hot. In the PM I was going to be in 311 which is a section I don't like because it's only 3 tables and its squished into the corner but someone wanted to swap because they had a headache and didn't want to be outside, so I ended up in section 401 which I have frequented often. It went okay... there was a point when my section turned from 4 tables into 2 tables - one a party of 9 and one a party of 7! Moneywise, I actually earned what you *should* earn on a Mid so that was nice. After I finished work, a load of us went to TGI Fridays. I got these cheese nachos which made me feel sick from the overload of cheese... and the fact it took 45 minutes for our food to arrive didn't go down well either.

On Monday, I was a PM. Nick wanted to get lunch so we went to Red Lobster at Crossroads which was the first time I'd been there. I had popcorn shrimp and popcorn scallops (by which I mean they have been cut into little pieces and fried!) - very unhealthy. Nick had salmon which looked nice if you were a fishy fan! He dropped me off at Cast Services and I went to work. About 30 minutes later, just before pre-meal, I got a text from him to say he'd had to call in for his shift which was due to be at 4.30pm because his car had overheated and almost broken down so he'd had to drive it to the garage. My section was 704 and the weather was super windy so I didn't get sat until 5.30pm!! I spent my first 90 minutes of my shift literally doing nothing - hanging around at podium and beer cart mostly... it was very slow and I only had a full section from about 7.30pm until the fireworks so it wasn't a great shift. After work, I got the bus home and was just planning to have a shower and go to bed but when I plugged my phone back in, I got a super-stressed out Nick wanting to go and get food after his awful day... so we went to Chilis but it had just closed and then we ended up at TGI Fridays for my second night running. The service was marginally better than the night before but actually the food was great - I had mediterranean chicken skewers with jasmine rice and pitta bread, it was soooo good! I also had a couple of long island iced teas, nom nom.

Tuesday was my Friday!! Finally!! I was a PM again and in section 505 which is quite a good one to have on a closing shift because the sidework is easy peasy. The assignor filled my section constantly even though the restaurant was quite quiet so that was good but a weird thing happened.... my tables had all left by 8.30pm. It was so odd to have no guests just before the fireworks! So I checked with the manager and he cut me which meant I didn't get sat again - I just cleaned my tables, swept and did  my sidework which was to restock the fridge with juices and milk, put use first stickers on them and wipe down the fridge. Then I banked out and clocked out by  9.45pm! Amazing. It was also our 6 MONTH ANNIVERSARY!! So, after I'd banked out, I got changed and walked over to the Boardwalk where I met Tyler and Clare for a slice of pizza and then we headed to Jellyrolls at about 11pm. Dan and Sophie came shortly after, then Paul and Sam arrived at about midnight... we had almost our whole arrival group there - sadly Steffie couldn't make it so there was only 7 out of the 8 of us! Only at Jellyrolls would you be sitting there with your 24oz red Solo cup of $11 cocktail, singing along to a bit of Bohemian Rhapsody when a full-on bride came in, complete with BEAUTIFUL dress and the rest of her wedding party! So random.... literally can't explain how amazing this girl looked, her dress wouldn't have suited me but it was so princess-y and everyone just turned to look at her as soon as she walked in. They obviously got her and the groom up on stage at one point for a bit of Heads, Shoulders, Knees and Toes :P Tyler and I left at about 1am and got the bus home from the Boardwalk, I got home about 2am and crashed out.

Today is my first day off... I am planning to try and get to the Florida Mall as I haven't been in forever! 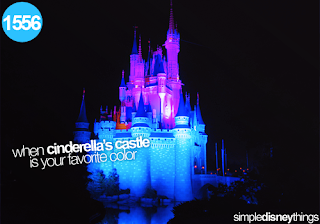