Well, my trip to EPCOT was fun with Tyler... we ended up having a few drinks around the world and then eating at the Rose & Crown, standard. I had a cheese plate and a scotch egg. I also had a Welsh Dragon cocktail which I like a lot more now than when I first started at the R&C! It promptly started pouring down with rain and so we didn't stay for IllumiNations :( Actually it was quite a poignant moment walking out of EPCOT in the pouring rain through the guest exit with Tyler and his last visit to the park. It was a little bit sad. I got dropped off at the Commons by Ginger Dan (Ty's friend) and then about 10 minutes later Nick picked me up and as soon as he asked me if I was okay the waterworks started! We got a Starbucks and chatted.

Moving forward to the purpose of this post - Lauren came to visit! I worked the Friday and Saturday as usual then I did an AM on Sunday 7th which was the day she arrived. I had picked up the rental car first thing in the morning and it was AWESOME - a Chevrolet Cruze which was very similar to the Malibu I had when Mum was here in February. It was an upgrade and I was very sad to give it back 8 days later! Anyway, I persuaded Janet into cutting me early so I got out of there by 4.30pm and was on my way to Sanford to pick her up.

I got her and we headed to Panera Bread because we were both starving. Then we went to Pop Century to check in and we got a pretty good room near the main building (unlike when Hayley was here and we were in the arse end of the resort). We headed out to Walmart to get a few drinks and stuff before getting an early night because we were both tired!

Monday 8th - we were up bright and early to go to Magic Kingdom! YAY! It was a day when the park would be closing at 7pm for the Mickey's Not So Scary Halloween Party so I knew it would be busy first thing... but the monorail breaking down didn't help! So Lauren's first ever impression of MK was standing in a line for 30 minutes to get the ferry to the park. Woo. Anyways, once we finally got there I was very excited and we caught the beginning of the MiSiCi Parade before getting ear hats! I hadn't got one for the whole year so I chose a purple headband style with a little princess crown on the top :D We headed to Tomorrowland and Space Mountain was only a 15 minute wait so we walked onto that - very entertaining as it scared the living daylights out of Lauren. LOL. So then we went on the Carousel of Progress which ALSO promptly broke down whilst we were on it! Haha! After that we walked to Adventureland and had lunch at Peco's Bills with our quick service dining plan (QSR). We then got fastpasses for Splash Mountain and in the meantime we did Thunder Mountain. We did Splash and then Jungle Cruise and Pirates of the Caribbean. We got a spot by the castle and watched the 3pm parade before leaving the Magic Kingdom and heading straight over to Animal Kingdom! Once we got there, we went to see the Lion King show and did Dinosaur and Everest... so much fun. There wasn't much else that Lauren wanted to do so we drove over to Downtown Disney and had an Earl of Sandwich for dinner, my favourite! A very fun but exhausting first day!! 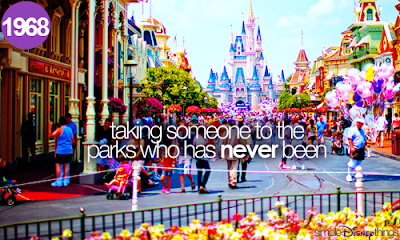 Tuesday 9th - We headed out in an attempt to get to Universal shortly after opening which was a bit of a fail due to my poor navigational skills and the giant queue to buy tickets at Islands of Adventure. Nevertheless, we finally got to Harry Potter world at about 11.30am and waited for about 30 minutes to go on Forbidden Journey. Lauren loved it. Then we got butterbeer and shared a fish & chips at the Three Broomsticks. We waited for the Hippogriff's Journey which is the kids rollercoaster that I'd never done - was actually quite entertaining! Then we looked around the shops before heading to Marvel where we wanted to do Hulk. We couldn't because it was closed down for the day. Meh. So we went to Spiderman. It was also broken. Seriously!!!! So we went to Jurassic Park instead which was great, especially because I barely got wet! We tried Spiderman again as it was back up but it broke again whilst we were in line so we gave up. Sadly, this was all we did at the park but nevertheless it was fun. We left Universal and went back to Pop Century to freshen up. Then we went over to EPCOT in order to use up most of our 'snacks' on the QSR by going around the Food & Wine Festival! We had champagne to start with (nom) and then met Nick before doing Soarin', Mission Space and Spaceship Earth. Then we headed to the World Showcase and had some yummy stuff - we got a cheeseplate and wine at the Italian pavilion wine cellar. At F&W, I remember having shrimp from Austrailia, baklava from Morocco, an amazing chocolate lava cake and mini-Guinness (ewww) from Ireland (obvs), cheese from the Cheese stand amongst other things! Nick left us early to go home to do homework and stuff whilst we sneaked into the viewing area at the R&C to watch IllumiNations! Then we headed home on the guest bus as I'd had too much to drink in order to drive haha.

Wednesday 10th - We went to Hollywood Studios to start the day. Even though we were in the line for Toy Story at 9.30am it still posted a 45 minute wait although really it was about 20. Then we headed over to get fastpasses for Aerosmith and did ToT in the meantime. We got lunch and then did Aerosmith. We saw the Beauty & The Beast show and did Star Tours before heading back to Pop Century as I had my Disney Graduation! 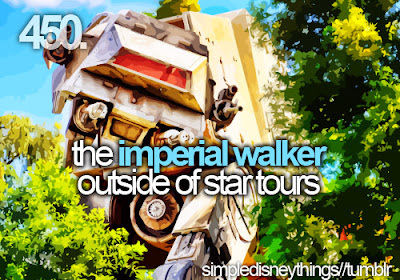 So I drove to Commons and got ready to promptly find out the location had changed to Vista Way from Chatham Square... I thought it was odd I hadn't had an email about this. Well... turns out that I wasn't supposed to be graduating that day and they almost refused to let me be there!! Because my end date has changed to January, they told me that I had to come back in December. Well, I refused because all my friends were there so they let me stay seen as they'd printed my certificate already and had me on the list. So, cue taking a MILLION pictures, meeting graduation Minnie, Mickey, Pluto and Goofy. I also met Donald and Daisy who were doing some hilarious dancing. It was the nicest Disney graduation in terms of the weather because it wasn't too hot!! But kinda weird it was at Vista Way... ironic in a way seen as that's where my Disney programs all started 4.5 years ago! After I got back to Pop Century, I just chilled out with Lauren.

Thursday 11th - my last full day off with Lauren so we headed to Clearwater Beach. The drive was fine, the weather was very hot and sunny, I got sunburnt, we had a McDonalds, we got a prime parking space and paid for a beach umbrella and we had a picnic. That's about it. Haha. After we got back to WDW, we headed back to DHS to see Fantasmic. We also ended up doing the animation class and Great Movie Ride which was fun. After Fantasmic we headed home to much needed sleep!

Friday 12th - back to work for me. I was an AM and it was actually quite good fun. Afterwards, I got back and changed before we headed to Mall of Millenia for retail therapy! I actually didn't spend too much money but Lauren did haha! Then we met Nick and had Cheesecake Factory before heading home.

Saturday 13th - another AM shift... which actually started with a full 20 minutes of me being on the service bar because it was instantly crazy in the bar! Then I somehow managed to balance three tables and helping the service bar, it was good fun. Made me want to go on the bar I have to admit. The shift was good and it passed quickly. Afterwards, I got back to Pop and we headed out for Magic Kingdom!! When we got there we did Monsters Inc and the TTA. Then we went to Fantasyland and did It's a Small World (ugh but it had to be done) and then Haunted Mansion and Philarmagic before getting a spot for Wishes. After the fireworks we stuck around and I saw the Main St Electrical Parade for the first time in entirety in over two years. Rumour has it that Spectromagic is coming back - I really hope so. Then we went to New Fantasyland to do Dumbo and the Barnstormer... where we stumbled across the "dress rehersal" for the expansion!! So we got to see inside the dining room of Be Our Guest (AMAZING) and we rode the Ariel ride! I'm going back next week for a Cast Preview but it looks great. So we did those rides and then did the tea cups as well and the speedway before calling it a night at about 11.30pm!

Sunday 14th - we checked out of Pop Century and went to DTD for another Earl of Sandwich :D Then I drove Lauren back to the airport after a very fun but tiring week of being a tourist! After that I drove to EPCOT for my PM shift which dragged and wasn't too much fun!