Well after my birthday and my three days off, it was back to reality with a bump because I'd picked up extra shifts and was starting a six day run and well as it being the last week for my arrival group.

Saturday - I'd swapped my shift so I was a PM. I went for cheeky cheesecake factory for lunch to finish off my birthday celebrations and then Nick dropped me at work. I was in 508 which made for an eventful and busy evening on a Saturday of F&W of course. I ended up being sat one of Nick's friends/roommates on my table so that was amusing and the whole evening went very fast, it was good. After work, Sophie and I had to rush back to Commons, getting home at 11.40pm in order to get the Cowboys taxi at 12! As it was their last I really wanted to go. We eventually made it to Cowboys at 12.50am and stayed until 2.15am when it closed. There was crying and dancing and free beer (ugh)... good times.

Sunday - I was a PM again and oh, again I was in 508. I don't remember much about this shift except it was busy and I was one of the last out. Standard. I went home and slept a deep sleep!

Monday - I was a Mid, training James. He's already had training so he knew what to do... I spent most of the AM just keeping an eye on him - we were in 514. He wasn't feeling too well and by 5pm, he felt awful so my manager and I decided it would be more beneficial for him to go home. Therefore I took over the PM section.... 508 AGAIN!! Janet then sat me a 15-top over my two big tables (including 6 kids and several tipsy adults), a 2-top, a 3-top and then I had to pick up a 6-top inside for Sam because she got hit on the head by the ice machine and got concussion! So nobody else would pick it up and I ended up with 26 guests at once! Crazy! I was running around like a crazy woman but it was all good in the end. Again, Sophie and I were rushing to get out, I got home at 11.10pm and Lasses (yes, you heard me correctly, Lasses) was at 11.15pm so I quickly changed and got over to Charlotte's apartment in time... now, I haven't attended the weekly piss-up that is Lasses for most of this year because of many reasons... one being I've had other things to do, one being I don't believe in some of their cult-ish ways and also because I didn't used to know a lot of the girls there and I found it intimidating. However, now I know pretty much everyone and it was Sam and Sophie's "last" one so I found myself there... and I'm really glad I went. We all sat around whilst they picked people out and told them their funniest, nicest or best moments in the year. I ended up crying (again!) and eventually at about 12.15am we left to go to Old Town which is near Celebration. We went to a bar to meet the "lads" (i.e. the UK boys) for some drinks... there was a lot of singing, dancing and chanting going on - it is just like being at uni all over again LOL. After we left there at 2am, we went back to Commons and stood in a big circle in the car park opposite to say our official goodbye to Sam and Sophie and Paul. It then involved a massive group hug in which I got squished and ended up at the bottom when it all collapsed onto the floor! hahaha! It was a lovely goodbye though, many tears were shed by pretty much everyone.

Ultimately, I just can't believe that this should have been me. I feel so lucky and privileged to not be saying goodbye this week as I was supposed to, and to have been given an extra 10 weeks in the Happiest Place on Earth.

Tuesday - I was a PM again. Firstly, I had to go to my costume fitting for the brand new costume that comes in on the 4th November - VERY EXCITED. Then I went to work and ended up in section 709. I figured it wouldn't be too bad... but I hadn't realized the horrible guests that were about to come my way. Lots of really rude people basically. My night ended with a table who were waiting a very long time for their kids' ice creams... now this was the kitchen's fault but I had already apologised and said sorry. I said we'd take them off the bill etc. The long and short of it was that the woman ended up yelling at me and my manager, demanding we comp the whole meal (which we didn't) and saying it was 'disgusting' how they'd sat there for "2 whole hours".... ummm that's standard for a sit-down meal... especially when they had literally one of the best seats in the house for the fireworks on lower deck. So all in all, they never got their ice creams and both myself and my manager got unnecessarily screamed at. Not a good ending to my day.

Wednesday - I had picked up an extra AM on this day so that I could work with Sam, Paul and Sophie as it should have been my last day too. It was very uneventful shift actually and I ended up in the Dart Room. It was kinda boring and I could have done with the day off so regretted it a bit... anyway, I got cut early and ended up being the first in the bar. Got myself a cheese plate and a cider & black and the day improved LOL. Once everyone had banked out, we walked to Hollywood Studios for dinner at the Hollywood & Vine which was much better than I thought it would be even though it was buffet and then Luke & I got the boat back to EPCOT whilst everyone else walked (my blisters were still hurting from last week!). We sneaked into the UK viewing area to see the fireworks and then they did the shoe-throwing tradition. We wondered around the UK for a while afterwards before James and I decided to make the move home as I was totally exhausted as was he. I got home and went to bed feeling rubbish because I think I've got a bit of a cold... :(

Today is Thursday and I'm feeling a little better. I have a PM this afternoon and then finally a day off tomorrow! 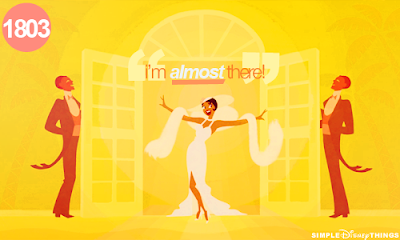