I've had an awesome couple of days off this week! So awesome, I've actually managed a second update within a day of the first one haha!

Yesterday, I met Nick and we ended up going to Mall at Millenia to eat... originally it was going to be Cheesecake Factory but we actually ate at this Italian restaurant opposite which we've always eyed up but never been. It was so yummy! Rather expensive but this is Millenia so did I expect anything else? I had a bruschetta topped with roasted peppers and goats cheese as well as a caesar salad. Nom nom nom. Afterwards, we wondered around the Mall for a bit stopping at Bath & Body Works and Pandora... yeah... I bought a new charm for my bracelet which is basically all sparkles so I love it. And a safety chain so there's no chance of losing my new favourite piece of jewellery! After the Mall, we went back to Nick's to watch the rest of a Christmas movie we started watching days ago and then after that he took me home as I had an early start today...

For Everest! I got up at the ungodly hour of 5.15am in order to get a 6am taxi. It was FREEZING. Nevertheless, all 15 of us were finally outside Animal Kingdom at 6.45am to go into the park. We went backstage (which means I've now been backstage of all four parks! Nerd alert!) and came out in Dinoland before walking to Everest where we were met by our tour guides. We went into the 'mountain' itself which is a mass of metal poles and concrete... it's massive! Then we walked along the tracks to meet 'Betty' the Yeti! She cost about $10 million and originally she had hydraulics and moved in a scary fashion but apparently the force of it moving constantly had started making the structure get damaged and so she no longer moves. It would cost a LOT of money and downtime for the ride in order to get her fixed so she's a very expensive statue for the time being haha! It was very cool walking alongside the tracks as well. Then we took the 14 stories of stairs (that's exhausting by the way...) up to the top of Everest! Officially the highest point in Disney World and the highest Mountain in the state of Florida ;-) 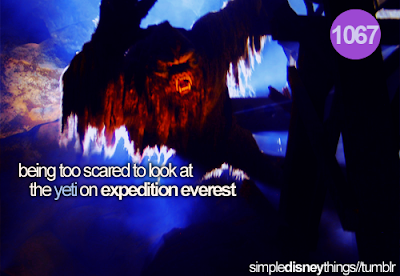 The views from the top were awesome. Obviously it was only about 7.45am by this point so it was very calm with not a cloud in the sky. You could see EPCOT, the hat at DHS and even the castle at MK! Then we descended to the bottom again so they could start 'waking-up' the ride for the day. We got taken around the Asia section of DAK to see the theming and various cool things. Then we went back to the ride and got taken through the queue line which was super interesting - the vast majority of the props and decorations are actually genuine. There were several hidden mickeys and secrets we found out about (mostly in-jokes!). Then we got to ride Everest.... WITH THE LIGHTS ON. AWESOMES. We could see the track move when we went to go backwards and saw the Yeti in her full glory as well! Then, we rode it again as the guest sees it which was just plain fun!

After that, the tour was over. So much fun. Another moment where I thank my lucky stars that I'm still here and wonder what I did in a past life to have the luck to have got my extension :-D

Once we left Everest, a few of us went to get breakfast at Pizzafari because we were starving. It was just after 9am at this point. Then we went and saw the Lion King, did Dinosaur and then saw Nemo before deciding we were all a bit tired. So we were server wankers and got a taxi back from DAK to Commons. Such a good 24 hours!! 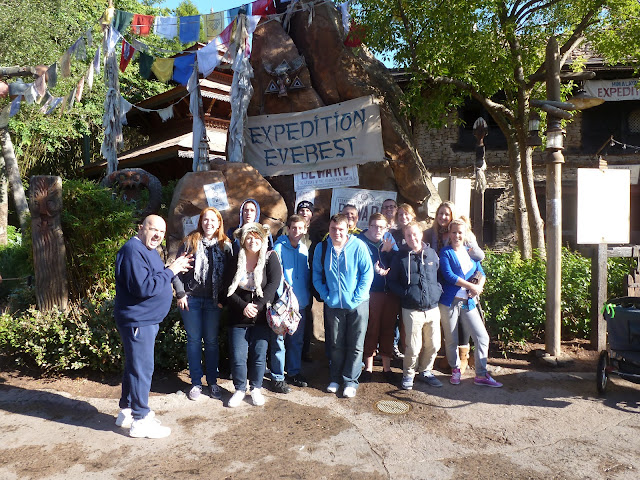