Well, the rest of my week after my last post was pretty standard as I worked Monday, Tuesday and Wednesday as normal. After the AM on Wednesday, Nick picked me up and we went to the Commons to pick up my stuff before going to the hair salon so I could have my second hair cut in over a year. It was a super expensive one too - ouch!

Afterwards, we went to Cheesecake Factory and I had a chicken sandwich which was yummy and then we headed back to Celebration as we had an early morning flight to catch. So, on Thursday we headed to the airport. We'd wanted to leave at 5am but didn't end up leaving til 5.35am... so we parked and arrived at the check in desk a mere 30 minutes before the flight took off! So, luckily there wasn't too much of a line at security and as we walked up to the gate they actually paged our names hahaha. I've never had that before. We were one of the last to get on the plane, 10 minutes before it took off... crazy.

So the flight to Atlanta was only 1.5 hours and when we got there it was bloody cold! We met Nick's dad and drove to his house (via McDonalds for breakfast). Then basically we spent the rest of Thanksgiving Day getting all the food ready and then eating it!

A funny incident did happen regarding the potatoes though... they were very carefully peeled by myself and then we put them in the pan to boil before mashing them. The lid on the pan fell fully onto it and got stuck because it wasn't the right lid! We coudn't get it off... I thought Nick's mom had turned off the heat but apparently not, as 20 minutes later there was a giant BANG and the lid flew off and went down the hallway, boiling water and potato flew everywhere including the ceiling, floor and all over the stove and cupboards and we all screamed!! It was hilarious and awful at the same time. Luckily, team work makes the dream work, and we had the kitchen all clean within 30 minutes whilst Nick and I went to Walmart and bought new potatoes to make sure we had some ready for 3pm. The food was awesome, we all ate loads and then vegged out for the rest of the day not doing very much.

The next couple of days in Atlanta were pretty low key. I went with Nick and his brother to the mall on Black Friday which wasn't actually that bad and they bought some clothes. On Saturday we visited his grandmother and got lunch before heading back to the airport to go home. We got back and Nick dropped me back at the Commons. Thanksgiving 2012 was done.

Sunday, I was back at work and in the meantime whilst I'd been away, Candlelight had started. This is a show which is on three times a day in the America pavilion... it's basically the story of the nativity narrated by a famous person with a giant choir made up of cast members. People can purchase a "Candlelight Package" where they get tickets for guarenteed seating as well as a three course meal in a restaurant in the World Showcase for a set price... so this is why it was insane. Actually, Sunday wasn't that bad but I'd never done it before so it took a bit of getting used to what was included and what wasn't as well as how to use the POS for it. Monday, on the other hand was INSANE. So the narrator for Monday-today is Neil Patrick Harris who does it every year and is in some famous US TV shows... therefore it's really busy at Candlelight. It was a bit of a shock to the system to have a full section from 4pm-7pm with all four tables having three courses and having to time it all to get them out in time for them to go and line up for the show. Pantry has been a small nightmare and on Tuesday night it was taking them 20 minutes to get desserts ready so I'd been having to put in desserts before the guests had even finished their entrees. Then after the last guests on the package have finished their food.... it's around 7pm and the NORMAL crazyness for the fireworks starts! I should also mention that dinner now starts at 3.30pm not 4pm and finishes at 9.30pm not 9pm so therefore it's an extra hour every day - like doing Extra Tragic every day!! Exhausting. Obviously the money is good but you have to work damn hard for it!

The only other notable thing to happen was on Tuesday I had to go and give a 5 minute presentation about the Union Jack for Anny at the EPCOT F&B Leaders meeting that they have regularly. This is every area manager in EPCOT plus Mandy who is the head of F&B (her boss is Erin Youngs who is VP of EPCOT) and all the head chefs too! It was sprung on me kinda at the last minute so I think I did a good job and I didn't get too nervous. They seemed to enjoy it and they laughed a couple of times. Then I worked my PM candlelight shift in 510 which was okay... at 8.20pm, Lauren who was in 514 next to me said she didn't want the 16-top who were coming in so I agreed to swap with her and she took over my section instead. So I ended the night with a slightly crazy 16-top and eventually got out of there at 11.30pm. Ugh.

Oh, as a side note, I have been sporadically attending the Monday night social UK Lasses... and on Monday it was a last for Kirsty, Vicki and Georgie so I went. We got taken over by 5 of the UK Lads and all hell broke loose... including the noise level. So at 12.45am, Security knocked on the door and I got my ID confiscated for the first time! AHHH! I thought I was going to get termed even though I'd done nothing wrong. Eventually they gave them back and told us all to keep it down. At this point most people left to go out anyway so I headed home as I didn't feel like it. What an experience.

Yesterday and today I've been off work as always on a Wednesday-Thursday. Yesterday, I cleaned the apartment and put up our Christmas tree before going to EPCOT and having a couple of drinks in the R&C before we were joined by all the people leaving. This is the last group to leave before it's my turn (again). We went over to the Magic Kingdom to see the fireworks and it was really nice but BLOODY FREEZING. I was only wearing a cardigan... mistake! Afterwards, we took lots of pictures and then were going to head to EPCOT for the fireworks there but we for some stupid reason decided to get a bus to the beach club because we thought it would be quicker than the monorail... errrr. No. So we didn't make it and ended up having to walk from the beach club to EPCOT cast services (and blag our way into the closed park as well of course) to finally get the C bus home. I got home 3 hours after Wishes had finished! Ah well.

Today I'm back to Magic Kingdom for the Mickey's Very Merry Christmas Party which I'm quite excited about as it was one of my favourite nights last year!! 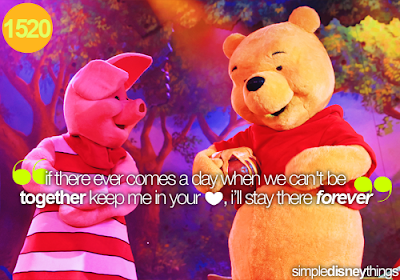