The return of Food Runner Catherine!!

What a crazy weekend. Well, Friday evening was very enjoyable - just to sit down with a glass of (cheap) wine, endless episodes of Say Yes To The Dress and Toddlers & Tiaras on TLC and nothing else was pretty awesome.

Saturday, I was a PM as I'd swapped my shift from the AM I am normally. So I got to bum around for quite a while in the morning. I got to speak to my mum for the first time in 2 weeks as they'd been on holiday and just got back so that was good. I also tidied up and threw out a load of random stuff... my roomate of 13 months leaves this week which I'm sad about so it's a good opportunity to clean up. I have no idea if I'm going to get another roomate although apparently my French roomate is also leaving in December which means there'd only be 2 out of 4 beds used in our apartment - this means the dreaded 50% forced relocation problem! I really hope it doesn't come to that 4 weeks before the end of my program!! To have to move to a new apartment somewhere other than in Building 6 (i.e. Beverley Hills, right by the bus stop at the Commons) would seriously suck. Fingers crossed it doesn't happen.

Anyway, I worked the PM and I was on lower deck in 704 which was not amusing because that's one of my least favourite sections of the restaurant... I ended up with 3 tables of 5 and then 2 tables of 2 by the end of the evening because they were all braving the cold to sit out for the prime firework viewing from those tables. It really is getting a bit chilly in the evenings here now (it's still like 15 degrees but feels super cold to us :P) but people will still sit out. I got some nice tips and met some really nice guests though so it was mostly good times. I got out in reasonable time but got the bus home so didn't get back until about 11.20pm.

Today was a wierd day. So, I was scheduled a 10.45 AM shift which means (on a Sunday) that it's a training Day 1 shift for me. But then I picked up someone's PM shift to make me a MID... but I thought I was still training the AM part. Well, when I got to work it turned out I was just a 1045 MID instead... cool beans. Until I was almost done setting up the cutlery and my manager informed me that as a food runner had called in and I was the only one doing a MID, I had to be a food runner all day.

I am a bad food runner... I do not enjoy it. If you look back to my posts in March you'll see I wasn't a fan then either. And that was the last time I was a food runner... 8 months ago!! So, in the end I struck a deal... I would food run the AM then be a server for the PM whilst another AM server extended to do a PM food running shift. And that was what happened... I pretty much kept up, didn't drop anything (came close!) and obviously managed to burn my arm on the bread (standard). I did have a funny incident when my shoe fell off as I was kicking open the kitchen door which then caused a ketchup ramekin to fall off the plate I was holding and narrowly missed falling completely into my shoe (for a ketchup hater this is horrific) but got rather splattered. All in front of my manager... I think I lost my mind for a while! Anyway, that was enough food running for the rest of my program thank you very much... generally if they need a food runner due to call-ins then they make the least senior server in that day change over to it... well, I was the most senior in the kitchen today so therefore that's that! No more! :-D 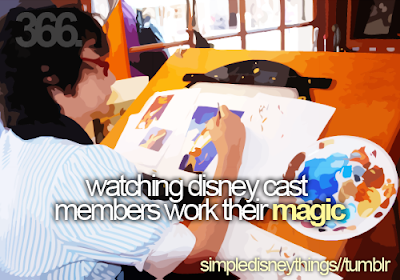