I'm struggling these days to remember what I did a few days ago! My life is just a crazy blur and I'm sure it will continue to be until I leave and go home!

Okay, so Friday I worked an AM... I got out in pretty good time but I'm struggling to remember what I did after work! Saturday was the crazy day so we'll move onto that... so normally I'm an AM on Saturday but they changed me to a PM because it was the day of the WDW Wine & Dine Half-Marathon which started at 10pm and finished after 13.1 miles in the EPCOT parking lot. The participants got a $10 gift card each and access to EPCOT after hours so they could experience Food & Wine and the rides. This, therefore meant that we were open until 4am! I volunteered to work until the early hours so I was scheduled to work a PM and then through until 2am on podium - i.e. Chippy, Beer Cart and general guest interaction!

So, the PM was also the last Saturday of Food and Wine so it was a bit crazy. I was in 307 and got sat until literally 8.55pm so I was finally done with my guests at about 10.15pm. I had to go and bank out, grab my chippy hat and then headed back downstairs. They had music pumping around the world showcase (like PROPER music, not Disney stuff!) so we were all totally hyper. I played at being Beer Cart 2 for a while before we just generally danced around and chatted for the next two hours. Then my manager Cari, myself and Aimee went for a "basics walk" around the world showcase (aka a chance to see what else was going on in EPCOT) and by the time we got back at about 2am it had gone super busy. There was a big queue at Chippy so I jumped in there for about 1.5 hours with Chef John as my other chippy filler. It was a good laugh! It was VERY STRANGE being back in Chippy after 9 months!! As I said, I was supposed to finish at 2am...well I finally clocked out at 4.40 AM! So I got home at 5.15AM and went to bed in the very wee hours!! It was an awesome 13 hour shift though and even with only a 15 minute break I enjoyed myself.

On Sunday, thankfully I was a PM shift so I had a lie-in until about midday but I was still rather tired for the whole day. I was back in 307 again and partly because of being inside and some clever dodging being sat I managed to clock out at 9.45pm! That's very good going for a PM shift... in fact, about as early as it gets. So I was back home by 10.30pm and ready for sleep!

Monday, I was a Mid although for once I wasn't training. This was actually a very random day. I got in and was told I was training Clare who failed her service test the week before which was fine by me because she already knew what she was doing... then the tables turned and I was told that they didn't have anyone to sit her test because she was actually no longer training but taking her test that day! So I threw a hoodie on and sat the test with Cari! I had the scallops for appetiser, ploughmans lunch for entree and then queens cake for dessert NOM NOM NOM. After that, I had to get changed and then work the PM! Claire did indeed, pass her test so that was good. I was in 510 for the PM and pretty tired so it was a long evening!!

Tuesday I was an AM as I'd switched my shift. I was in at 10.45am which sucked because I haven't done 10.45am shifts for AGES so it was kind of blahhh. Once we were set up, I got my section which was 401. The shift was okay.. it was nice to do an AM for a change. Since I chose to have 3 PMs and 2 AMs per week in my new schedule bid it seems like I never do them! Once I was finished, it was time to get changed for a few hours in EPCOT before our behind the scenes Spaceship Earth tour! In the end, I went to the new Mexico sit-down restaurant with Andrew, Holly, Andy and Kirsty. It was really yummy but pretty expensive! I had a yummy margarita as well. Then we wondered around the whole world showcase before meeting Whitnie and James at the UK and going over to Spaceship Earth. We got to go up in the service lift and see the maintenance bay area before riding the ride as the last guests of the night. Then they turned on the work lights and we walked the whole ride... got up close and personal with the animatronics and found out all the secrets! It was very cool. I still can't believe the whole ride is in the golf ball! Walking around the backstage area of the attraction made me miss working at Star Tours though!

Afterwards, I left EPCOT and got the guest bus to All Star Movies to meet Ryan who was back in town to visit. We had a very long chat which went on until about 3am and I finally crashed out, totally exhausted!!

Wednesday was my first day off of three this week! Aren't I lucky! We slept in until about 11am and then got a taxi to the Commons from Downtown Disney so Ryan could pick up some stuff he'd left there. In the meantime, I went back to my apartment and bummed around for a while until Nick picked me up at about 4.30pm. We went to Earl of Sandwich with one of his Soarin' friends and then headed to Magic Kingdom to see the new show which replaced the Magic, Memories and You. When we got there we were a little early so we did Space Mountain which was a walk-on and then caught the end of the night paarade before seeing this new show called Celebrate The Magic. I liked parts of it... the bits when they actually USED the castle for effect were very good (just like MM&Y) but the bits when Disney just projected random bits of film onto the castle was less impressive and sometimes just downright promotional. Ugh. Afterwards, we stayed to watch Wishes which was awesome as always, and super awesome because the castle Christmas lights were on at the end... seeing the castle in holiday mode is one of my favourite things in the whole world!! I'm very excited for the Christmas Party in a couple of weeks!!

Thursday was Twilight Day!! The second marathon in a week haha! I got back to Commons about 15 minutes before the taxi so bit of a mad rush to get ready but it was fun to wear tracksuit bottoms, a hoody and a blanket all day... I love being a slob sometimes! So we got into the cinema and got seats at about 10.45am and it was already pretty crazy busy! The first movie started at 11.30am and from then until 10pm it was a pattern of: watch movie, go bathroom, refill drink, eat snacks and repeat! It was so much fun. The final movie (and premiere) was Breaking Dawn Part 2 and it was incredibly good!!! I loved it. We finally left at about 12.30am to go home and to bed!

Today was my third day off. I slept in which was much needed and then got up and went to Panera with Nick. We then went to see Pitch Perfect (as if I haven't sat in the cinema enough recently haha) for the third time because I love that movie!! It's probably my favourite movie in the whole year! Afterwards, he dropped me off at EPCOT and I went to sort out one of my shift swaps for next week because it got denied. Then I got the bus back to Commons and picked up a couple of things I needed posting and got the H bus to the post office. Then I waited in the dark and cold for the last H bus pick up at the post office, thank God I wasn't forgotten!! I got off again at Publix and went shopping for some food because I have none. Then I was lazy and got the H bus back to Commons (despite Publix being a 10 minute walk away) but the bus driver actually dropped me off first so I was back in like 2 minutes... awesome! And now I have a date with TLC for the evening :D 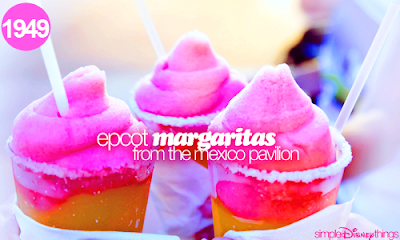