Well I got back to Orlando and Nick picked me up. We went to get the rental car which was the same car as I had when Lauren was here - a Chevrolet Cruz... I love it! This one is the spiffy sports edition too so it has heated seats, a camera for reversing and satellite radio :D I've very much enjoyed driving it around this week. So, we went to Nick's house to grab some stuff then we had lunch in Celebration before doing the 5.5 hour drive up to Hilton Head in South Carolina. It's literally two roads all the way there, very boring! I did all the driving myself though so I'm quite proud. We stayed at the Disney resort at Hilton Head... due to knowing someone that just worked there for the summer (connections!) we got upgraded from a studio room to a two bedroom suite! It was amazing! It had a jet bath, balcony with rocking chairs and a huge bed plus another bedroom and bathroom.

On our full day there, Saturday, we actually drove out of Hilton Head and went up to Charleston which was about a 2.5 hour drive. It was a cool place, very colonial feeling. We had lunch at a seafood restaurant and then we walked around the peninsula before driving back. It was nice to see but there wasn't masses of things to do really.

On Sunday, we drove 5 minutes to the beach and walked around that before sitting on the beach and planning the week ahead. It was warmer than it was supposed to be at this time of year but still a little cool first thing in the morning and it was quite foggy which looked cool! After this, we went to get lunch and then we drove to Savannah, which is just over the border in Georgia... about 35 minutes away. I really liked Savannah. We went to the Paula Deen gift shop y'all! We also did lots of walking around - it was very leafy and it had a really nice Southern atmosphere about the place. We saw an old church (when I say old, I mean in American terms... so it was 200 years old LOL) and the waterfront area where we had an ice cream. Then we left at about 5pm to do the rest of the journey to Orlando. We stopped at Pei Wei but eventually got back to Orlando and we checked into my room at Pop Century at about 10pm.

After grabbing my stuff from Nick's house, it took three journeys to get it all from the car to the room and then I just crashed out!

On Monday, I got up and headed to Walmart. Got some snacks for the week (no dining plan this time!) and a new suitcase for a bargain $38. Then spent the rest of the day repacking all my stuff... I had to put the 'do not disturb' sign on the door because there was so much crap everywhere that they wouldn't have been able to service the room anyway! By the end of the day I did have it all sorted though. It was a heatwave for the first part of this week so I spent a couple of hours by the pool in the 28 degree heat too!

Tuesday, I went to visit Natalie, one of my friends from the CRP who got married and is now living in Orlando waiting for her work visa to come through. We just chilled at her house and watched TV which was really nice. It was nice to catch up with her. Afterwards, I met Nick when he'd finished school and we got Thai food for dinner before going back to his house and hanging out with his roomate Eric.

Wednesday, I met Dan from work and we went to Universal bright and early! We headed into Studios first and did The Mummy, The Simpsons, MIB, Rip Ride Rockit, Despicable Me (finally!) before walking over to IOA. We had lunch at Hard Rock Cafe on the way. Once in IOA, we headed to Harry Potter (obvs!) and did Forbidden Journey before going over to Marvel and doing Spiderman and the Hulk. By now it was about 4pm so we left as the tour groups were getting annoying and we both had stuff to do in the evening. It was awesome to hang out with Dan though and talk Disney nerdiness for the whole day lol. Once I got home, I wrote Nick's goodbye card and packed some more before going to bed.

Thursday, in the morning I headed up to the Winter Park area of Orlando to take all my spare clothing and bedding to a charity called The Mustard Seed Project. I didn't just want to throw away the stuff I didn't want so that was my good deed of the week. Then I headed back and utilised the laundry room at the pool to wash a load of clothes because I figured it was better to take clean clothes home than dirty ones. I also sunbathed for a bit although the sun went in, the wind got up and it dropped from like 76 degrees to 64 degrees in the space of an hour. After my laundry was done, I went to Panera Bread (my last one!) and then to Partners to withdraw all my monies which was exciting stuff. Then I met Nick and Eric and we went to the Celebration Tavern for drinks and food which was really fun... I ended up staying at their house seen as I had been drinking I couldn't drive!

Friday, I got back to Pop at like 7.30am as Nick had to work early so I went to the food court and had choc-chip pancakes which are my favourite before driving to DHS for opening. Used my comp ticket to get in and promptly did Toy Story, Tower of Terror, Star Tours and Rock 'n' RollerCoaster twice by 11.30am and then I left! I then drove to IKEA as I wanted to get Nick and his roomates a present for their house... Eric wanted a picture of Paris which he'd seen online which was all black and white stylish... Wellllll, it was slightly (read: a lot) bigger than I thought it was - on it's end it was almost the same height as me! So I carried it back to the car before realising that no matter how I turned it around or opened all the doors on the car, it wasn't going to fit! I admitted defeat and took it back, getting a gift card for the amount instead so that they can take a bigger car and get this picture or whatever they want. So it was a bit of an Epic Fail really.

Once I got back, I got the bus over to Magic Kingdom and this was when it started to go wrong.... it started raining!! :( The reason I was going there was to see the Dream Along With Mickey show and the parade... well the rain put an end to the Dream show. Then Nick got off work early so I ended up just leaving the damp MK and he picked me up from the Contempo. We got Ruby Tuesdays for lunch which was okay then headed back to his house for a couple hours. Then we left for MK again, by now it had mostly stopped raining but still was spitting a bit. We watched Celebrate the Magic and Wishes... I surprisingly didn't get upset. Well, I got a little bit upset afterwards I'll admit but on the whole it was ok. We stopped by Tony's to say hi to James who just recently left the R&C to work there (he's permenant) and then got the monorail round to the Grand Floridian for our reservations at Citricos. It was very yummy. I had a cheese plate, a chicken breast entree and then a mango creme brulee which I couldn't even finish because I was so full! Afterwards, Nick dropped me off at Pop Century and I had to finish the packing.

Which brings me to now... I have 40 minutes before I need to be out of this room. Three VERY full suitcases in front of me weighing a combination of 160lbs so I'm sure there'll be excess baggage to pay later. Oh, and it's snowing in the UK so fingers crossed my flight won't get delayed tonight. I'm going to try and post again later once I'm at the airport because they have free wifi but if not, see you in the UK... :( 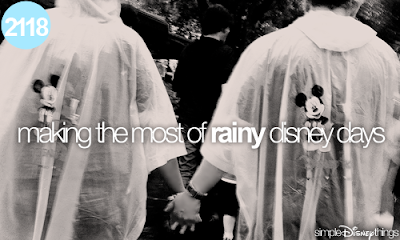