But I never get sick!

Cowboys was so much fun! I like to go there every now and again but not all the time because it would become boring if I did... loads of UK there and the music was good. Got some line dancing in, couple of free beers (well, Bud Light Lime which to be honest, is pretty grim, but I'll drink it if it's free haha!) and obviously sobbing and crying at the end when we all linked into a circle with the people leaving in the middle. Sad face.

Got home and crashed into bed at about 3am.

Sunday, I was an AM... it was supposed to be a 10.45 because I was training Rob but he decided he wants to stay as a food runner so therefore it wasn't training anymore. I asked Kevin my manager if I could come in at 11.30 instead and thankfully he said yes. So I got an extra half hour of sleep which my post-Cowboys head really appreciated, and went into work at 11.30. Isaac was providing a nice bit of wind and rain for us which was fun but the shift was pretty boring. I was in 106 which is a three-table section and therefore wasn't busy and therefore I earnt rubbish money. Went home after the shift and played around on the computer for a while whilst trying not to fall asleep. Nick got extended from work so I eventually met him at about 8pm and we got Panera Bread. He dropped me off home where I went to bed at 9.30pm because I was exhausted.

On Monday I was a Mid! Woo! Again, was supposed to be training but wasn't... but I was thankful for the extra hours. My manager sent home half the servers for the AM because the weather was gross outside and the park attendance was expected to be really low. We only had 8 servers for the AM!! (Normally we have 13-15)... I was in 106 again but this time the section next to it was closed so I picked up tables in that section too and it was a much more beneficial morning for me. I managed to get fish & chips for lunch (mwahahaha) and then for the PM I was in 510. I like this section especially coz it has good views of the fireworks as well. By this point, Tropical Storm Isaac had changed course and headed more west of Florida so the wind started calming down a bit and we actually got the plastic windows open for the last turn of the evening. I even picked up a table on lower deck! So, the crazyness of having 5 tables at once was awesome as always... although I probably had the fussiest and most demanding guest I've ever had that evening too.

She was with her son who I think was about 12 years old... firstly, she interrupted my introduction to say "we need pasta for him, what kind of pasta do you have?"  to which I told her that on the kids menu we have a meaty macaroni meal. She said she wanted that for him, without the sauce and with just butter. This isn't unusual so that was all fine until she said "What kind of pasta is it?" and I didn't know so I guessed it was Fusilli (wrong!) so when it came out she kicked up about the fact it was Elbow pasta not Fusilli. Ugh. Also, that the portion size was too small for him (the kids menu is designed for ages 9 and under....) so I had to go and get him more pasta plus carrot/celery sticks and apple slices. In the meantime, she's asking every server that goes past for something else - salt, pepper, another salt mill because it didn't work, new cutlery, napkins, more viniagrette for her salad etc. She had the frisee & apple salad with a side order of chicken breast on the top which was fine because we've done that before for guests that want a light dish at dinner time... except that half way through the fireworks, she asked for a candle. Upon asking why she wanted a candle, she said it was because it was too dark and she couldn't see "if the thing on the side of my plate was a piece of salad or a moving bug that crawled into my food". Cue then having to go and get her another salad and chicken breast. Well, chicken is one of the foods that takes the longest to cook in the kitchen (about 15 minutes) so I got one of the chefs to grab a pre-cooked one (from a lunch dish we've got) and pop it in the microwave and then freshen it up on the grill for her - boom, ready in 5 minutes! I literally could not have dealt with her complaining it was taking too long. She was a nightmare! She even complained that the kids menu was "too girly" because it has cinderella on one side of it - but it has Brave on the other! Basically, I wasn't in her good books for the whole evening!!

Anyway, after the Mid I was really tired... I was one of the last to clock out and I got home at about 11.15pm and went to bed.

Yesterday, I was off because I switched my days off with someone this week so was off Tues/Weds instead of Weds/Thurs. I'm glad because I woke up with a cold :( Tickly throat, sniffles, headache, the lot. I was supposed to hang out with Nick all afternoon after he got out of school but he wasn't feeling too good either because of lack of sleep so instead we got TGI Fridays for lunch and then went our separate ways. I ended up going to see Sophie in the end, we went to the cinema to see the "Odd life of Timothy Green" and got ice cream at Ghiradellis which was nom. Then came home, I dosed up on NyQuil and went to bed.

Today I'm off again and I have to go to the Rose & Crown this afternoon to have goodbye drinks with the people leaving, then Tyler and I are going to go to Magic Kingdom to see the MM&Y because it finishes on the 3rd September (distraught about this) so probably yet more crying in store!! There's only about 8 weeks left until my finish date and I can't really deal with it. 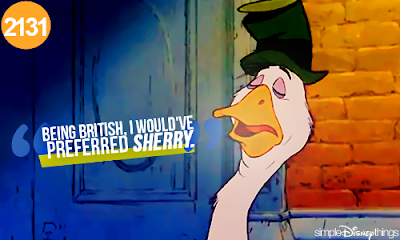 Oh, and a side note: the funniest thing happened to me on Sunday morning. We were walking across the park after getting some greasy food for post-Cowboys breakfast at Odyssey and this family were walking towards us. Suddenly the girl goes "You're Catherine!" to me... then "I've seen you on the internet!!" Turns out, she's seen my vlogs and blog and wants to apply for the ICP when the applications reopen! I just thought it was really funny and kinda cool because it was rather like being a local celebrity LOL. Anyways, hello to her if she's reading this - I hope you enjoyed the rest of your holiday and good luck with your application!!