Drinking round the monorail...

More about that blog title later!

On Thursday evening I got drinks and soup at Longhorn Steakhouse with Tyler as I hadn't seen him in forever which was really nice. We walked back to Commons via Publix for him to get a few things and then I just spent the rest of the evening relaxing before getting an early night.

On Friday I was an AM! This was random for me as I always seem to be a MID on a Friday. I was a 1045 but I went to help Janet with getting money from the safe across the road so I forgot to clock in! I was there early as well! So irritating. My manager said he'd sort it out and I wouldn't get half a point... but as of one minute ago when I checked my record card it's still on there - GRRRR!! Anyway,  I was in section 307 which was nice and my guests all finished in good time so I got out by about 4.30ish. I went home and just spent the evening watching Pirates of the Caribbean 4 on the DVD player... very low-key.

On Saturday I was a MID. So this kind of screwed with my mind because I'm normally a MID on Fridays so I kept thinking it was Friday all day long... anyways, I got a good deal because I was in 201 for the AM (inside!) and then got to choose my PM section so I picked 510 which was good. I was a MID because I had picked up the PM shift from Nick Anderson so really it was extra hours for me. It worked out well because I had a good day money-wise and it was actually quite enjoyable if totally exhausting. It rained in the afternoon but stayed busy so that was nice. There's so many British guests around at the moment so it's nice to chat to people from the homeland! (even if they don't know how to tip in the American way!!) I didn't do much in the evening considering I got home at about 11.30pm.

On Sunday I was an AM. I was in 505 and didn't have much hope of it being a busy shift because it was outside but it actually wasn't too bad in the end. After I finished work, I went to cast services and got changed then Nick picked me up and we ended up going back to the Commons so I could change. Originally we'd planned to go a park so I was wearing shorts and a t-shirt but then it decided to pour with rain so I ended up having to get changed because I was cold! After that we headed to Millennia to go to Cheesecake Factory... of course there was a 30 minute wait but it had dried up by that point so we could sit outside. It was good - I had a chicken burger and resisted cheesecake! After this, we went to the Universal CityWalk AMC to see the new Spiderman film which was really good. We didn't go to Downtown Disney because it was nearer to go to Universal. After that he dropped me off at Commons (it's already sucking to not be able to hang out later because he's moved house....sad face) and I went to bed.

On Monday I was a MID again, this time I was training Geraint. It was his second day of server training and I was holding the wine class!! I was a bit nervous about it because I hadn't done it before... we started at 11.15am and I managed to make it last until midday which I thought I'd go too quick so that was good. He doesn't like wine so it was difficult to explain what was nice and what wasn't! Haha! After that we started the MID in section 307 which was nice. It was reasonably busy. For the PM we were in 510 and he seemed to be coping okay. I made friends with a 4-year-old on table 514 (not my section!) who was super cute... he was showing me his 'lucky coin' which he'd found on the floor, a Kentucky-imprinted quarter. He asked me if we could go and find another lucky coin so we went back into the restaurant and had a look around... I conveniently had some coins in my pocket so of course we found another lucky quarter and a lucky dime ;)

We were both exhausted by the end of the MID it has to be said. Got home around midnight and went to bed.

On Tuesday I was a PM (naturally seen as it's EMH) so I had a nice lie-in until about 10am. Then I walked to Publix via American Eagle (I got a new pair of shorts and a vest and a t-shirt!) and literally melted from the heat on the way back with my shopping. I had a shower and washed my hair before getting ready for work. I was in 508 so it was crazy busy for most of the shift. We had a freak wind/rain/thunderstorm half way through the PM which was mad but apart from that it was a pretty standard shift. I had a table of Canadians who couldn't get over the fact that we didn't have Onion Jam on the Cheese Plate anymore (that was gone 5 months ago!) and another table of 9 people, 5 of whom were children and got their own table whilst the adults sat on the adjacent table drinking a lot of Harp. It was an amusing evening with a lot of auto-gratuity involved! After work, Nick picked me up and we got Midnight McDonalds which tasted amazing because I was starving! He dropped me home and I went to bed.

Yesterday was my day off. Tyler had persuaded me into VoluntEARing in the morning so I had to get up at 8am (ugh) and wear my costume. We went to Vista Way where we got into a van and drove to the Boys & Girls Club in Pine Hills (also known as Crime Hills) which is just west of Orlando. The B&GC is a charity providing after-school/childcare facilities for kids who are from low-income families and may have been affected by crime/drugs etc in the neighbourhood. Basically it's a place for them to go so that they don't get into trouble on the streets. It was actually a lot of fun - we spent most of the 3 hours in the games room with kids between ages 6-10 (it was very LOUD) playing games like table football, pool, twister, ping pong etc. We spent some time in the teen room where we witnessed a guest speaker who ran another B&GC in Osceola County and had had a bad childhood but pushed through it to become a semi-professional American Football player and successful. It was very inspiring... I feel that VoluntEARing should be a compulsory part of any Disney College Program - even just one event because it takes you out of the Disney bubble just for one day and makes you realize that there are a lot of people less fortunate than you just 20 minutes away from the crazy tourist trap that is Orlando.

After we left, we got changed back at housing and then headed to the Wilderness Lodge on the A-bus. We got some crisps and dip and a cocktail at the bar there before getting the boat to the Contemporary to have another couple of drinks (mudslide!) and food at The Wave. At about 7pm we headed over to Magic Kingdom which wasn't too busy. We watched Dream Along With Mickey on the stage which was fabulous and then met one of Tyler's DCL friends called Adam. The three of us headed over towards Tomorrowland to do the Carousel of Progress (good times!) and then the TTA. Then we did Haunted Mansion and Jungle Cruise before getting back to the castle just in time to see half of TMM&Y. We got a better spot for Wishes and I pretty much cried all the way through...

This was a combination of the alcohol I'd consumed (hense the blog title name even though we actually didn't get any monorails yesterday!) but also the recent news that due to some of the Operating Participant pavilions (like Italy and France) expanding it means that there will be even less beds for the UK Pavilion in housing. This therefore means that extensions are looking increasingly unlikely/almost impossible. Even for someone like me who finishes half way through Food & Wine and if I extended it would take me through Candlelight where they need experienced senior servers like I'd be by then... I shall try and ask about an extension but getting back to wishes... watching it made me almost come to terms with the fact I'd have to leave in November as scheduled. I thought about all the times I'd stood there and watched those fireworks as my "last time" and yet I was still there in 2012 watching them again. I feel like this news about housing at least makes it easier to deal with a "no" to an extension request because it's out of our location's hands... it's to do with housing not the fact that Disney don't want you. It would be amazing to be here until January because of Christmas, Candlelight and the remainder of Food & Wine but ultimately, if it's meant to be that I leave in November then that's the way it is.

After we'd recovered after Wishes (I wasn't the only one crying!) we watched the second showing of MM&Y before getting a taxi back from the Contemporary (we couldn't face the bus) and I fell into bed totally exhausted!

Today I am usually off (as it's Thursday) but I swapped with someone who wanted today off so I'm working a PM then I'm off tomorrow. Woooo. 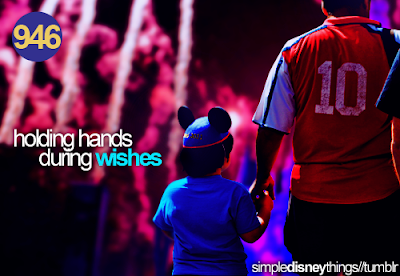