It's been an exciting week in the UK pavilion because.... the Olympics has started! So, obviously, the guests think we are the font of all knowledge which, based on my own personal experience, is somewhat the wrong idea! I say this for the fact that we're not only 5 hours out time-wise but I spend most of my time working at EPCOT where I don't have access to a television....soooo... I'm not too knowledgeable! I have however just downloaded the London 2012 app onto my iPhone - mainly for the purpose that I can have fun arguments with Nick about Team GB vs. Team USA! All good fun! :)

Anyways, the rest of my day off after my last post was pretty chilled, I didn't do much. On Friday, I was a Mid (of course) and it wasn't that busy... I was 508 for the AM which was very quiet because it was so hot nobody wanted to sit outside... I decided to keep 508 for the PM part of my shift too because I thought it would be better on money but to be honest it wasn't really... the park was just too quiet and the weather too hot. I did have an eventful table where there were 5 guests - 3 of whom had allergies! Between them I think there was seafood, shellfish, gluten, nuts, onions, pepper? Exciting stuff. It got a bit busier towards close but I think I still got out by about 10.30pm which is really good going for 508! I went home and went to bed.

On Saturday I was an AM in 307 which was a reasonably busy shift because it was inside. After the shift, I went home and got changed before heading out with 23 other UK'ers (some were new new new new newbies... so called because we've had so many newbs recently!) and we went to the Whispering Canyon Cafe at Wilderness Lodge. It was really good fun yelling constantly for KETCHUP! (You'd have to be there...) and then the 24 split checks nearly gave the server a breakdown. LOL. Afterwards we all headed back (in one cab - squished or what!) to the Commons and then some people headed out to Cowboys. I was going to go but I decided against it because I was tired, had a headache and was a 1045 the next day.

So yeah, Sunday was a 10.45am. Pretty uninspiring shift - I thought I was training but nope, I was just a 10.45AM. I was inside again, this time in 301 (Dart Room) which I like a lot more than I used to. It's still awful in the evening because you have to shout to make yourself heard next to the bar but at lunchtime it's nice. I got done with that and Nick picked me up from work... we went to Pei Wei for chinese food and then picked up a DVD rental called 'Sarah's Key' which was a really good movie about the holocaust (better than it sounds!).

On Monday I was a PM and ended up in 307 again so that was 3 days in a row being inside! Good times! My guests all got done by 9pm so I managed to leave by 10.15pm! Yay. It was a bit of a crazy evening for some people but it was standard for me.

Tuesday I was a PM again, this time I was outside in 505. Oh my gosh it was SO DEAD. Literally, even at 6.45pm it was so quiet. We had a few issues with the dishwasher machine so we stopped walk-ins for a while, it was reservation-only and obviously most people wanted to be inside because it was so hot. Eventually I got sat 2 tables who both had TIW (Tables in Wonderland discount) so got auto-grat... then I had a 4-top spanish speakers, 8-top (auto-grat again) and then finally a 12-top (auto-grat). They were a laugh and it was a good shift in the end but I literally after tipping out the bar and food runners, didn't have enough cash to bank out and give Janet the GT what she was owed! I had to dig around and find $2 to give her from my bag... I got over $125 in gratuity though so that will help my paycheck next thursday. Overall I only had 5 tables though which was crazy especially for EMH as well.

On a side note, I am really getting to HATE Extra Tragic Hours. They're pointless for restaurants in my opinion. It should be QS, Merch and Rides only. Disney have just announced that they're cutting back EMH to an extra 2 hours rather than 3 in 2013 - bit too late for me but I think it's a good idea!

So, yesterday was my day off. I slept in (which was amazing) and then went to Downtown Disney to get Nick a housewarming present as he's just moving apartment this week to Celebration (this means he won't be across the road anymore... sad face...). Then I met him to help move stuff and pack up his car. He left me at the half-empty apartment whilst he went to unload his stuff and put some furniture back together at the new place... so I busied myself by helping tidy up and do laundry for him whilst catching up on Casualty on YouTube. Then we got dinner at Macaroni Grill (one of my new favourite places) and watched a thriller movie on DVD called 'Gone'.

Today I have mostly spent the day watching the Olympic Water Polo on TV (it was USA vs GB so obviously quite entertaining) and we got thrashed by the Americans! I got lunch with Nick at Ruby Tuesday and also went back to the doctor this morning to get my blood test results which were perfect! My iron levels are all normal they haven't dropped so that's all good news, I just need to keep taking the Ferrous Sulphate supplements I've taken for the last 18 months. 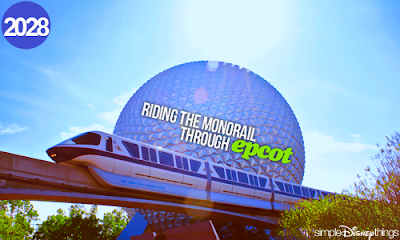